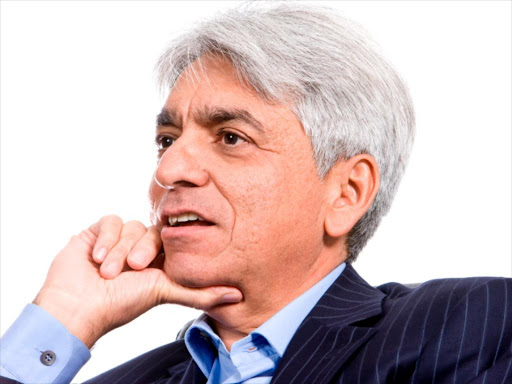 On Tuesday, the company's board which on February 18 kicked out Thakrar and chief finance officer, Satyabrata Das pending investigation into their operations at the firm said it had found nothing incriminating on the two.

“Investigation did not identify items of a material nature that required adjustment to the results of the company or the Group for the year ended  December 31, 2020, or to the balance sheets at that date,'' the firm said in a delayed financial statement.

The board said that interrogations had taken longer than expected as a result of the extended scope of the audit by external auditors.

In April 2018, the then WPP CEO  Martin Sorrell was forced to step down from the advertising company in the wake of an investigation into allegations of improper behavior and misuse of assets.

Sorrell who had led the British-based company for more than 30 years denied the allegations but supported the investigation, saying it was vital for the firm's image and growth prospect.

A two-month investigation into the matter, however, found no evidence that company money was misused.

Immediately after the publication of the firm's financial report which had been postponed three times to conclude the probe, Thakrar took to Twitter to claim his innocence.

''I founded Scangroup and have always had its best interest at heart,'' the Nairobi-born entrepreneur who built the over Sh7 billion marketing giant said.

In 2017, he told Forbes that he would love to be remembered as one who made a difference in the Kenyan advertising industry.

The news of Thakrar innocence saw the company's share at NSE gain trade as the biggest gainer for the day with 12.87 per cent to close the trading at Sh4.06.

This, despite the reporting Sh1.7 billion loss for the year ended December 31, 2020, compared to a profit of Sh158.8 million the previous year.

Group revenue for the year under review declined by 22per cent to Sh2.239 billion from Sh2.872 billion reported in the same period in 2019.

Although the audit by  Deloitte & Touche exonerated top executives of any financial malpractice, it expressed a qualified audit opinion on the company’s books.

According to  Deloitte & Touche's  David Waweru, the firm did not account for its associates using the equity method which is in non-compliance with International Financial Reporting Standards (IFRS).