Average occupancy in the region is at 30% as school calendar affects August holiday.

•Over 400 high-end facilities spreading from Diani, Mombasa,Kilifi, Malindi, to Lamu, are operating on reduced capacity including staff.

•The few guests are mostly from the domestic market, according to hotel operators. 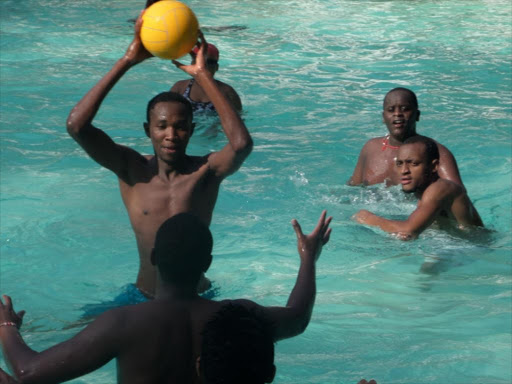 Business for hotels at the coast remains as a tourists dry spell continues to bite with four months to the end of the year.

Average occupancy is reported at 30 per cent across the region which has over 400 high-end facilities spreading from Diani, Mombasa, Kilifi, Malindi and Lamu, forcing many to also reduce staff capacity.

The Covid-19 containment measures in the country and travel restrictions from some international markets in place has continued to impact on both domestic and international travel.

The few guests are mostly from the domestic market, according to hotel operators, with a huge number being Nairobi residents going to the coast for weekends and family trips.

On Thursday, Salt Lick Safari Lodge and  Taita Hills Safari Resort and Spa , in Tsavo West National Park reported average occupancy of 40 per cent, with an average stay of two to three days.

“Most of these are guests coming for Safari from Mombasa, they spend a few days and go back,” general manager Willy Mwadilo told the Star.

In the Tsavo-Amboseli region, hotel occupancy is at between 40-45 per cent,” according to Mwadilo who is the region's Kenya Association of Hotelkeepers and Caterers(KAHC), chairman.

Baobab Beach Resort in Diani reported average occupancy of 40 per cent, mostly over the weekends, a trend witnessed across most hotels in the South Coast.

“Things are tough but we are hanging in there. We are getting support from the domestic market and hope the international market will open up soon,” said general manage Sylvester Mbandi said.

According to KAHC, most hotels in Diani and Mombasa were banking on local conferences most of which were canceled following the ban on physical meetings.

“Things are not good because our international market has not been able to resume optimally, especially in Mombasa which has been sustained by the few charter flights that started coming in recently,” KAHC executive officer Sam Ikwaye said yesterday.

Changes in the school calendar has also affected the traditional August holiday, hoteliers say, but they hope for good numbers when schools close in October.

“August is now moving to October and we are changing along with the times. October is picking up, bookings are streaming, so we are going to be busy,” said Mohammed Hersi, Pollmans Group Operations Director.

Kenya Coast Tourism Association (KCTA), also puts the region's average occupancy at 30 per cent and is pessimistic of a rise in bookings October, noting that most households are struggling with low earnings, salary cuts and low business which and have cut on leisure spending.

“People are struggling, parents are on pay cuts so they are not able to spend that much though the urge to travel is there. December looks much better and we are hoping with the vaccination drive, we might be able to have ease of restriction and even the curfew done away with,” Owino told the Star on phone.

At the moment, the low business which has led to closure of some hotels has hit about 10,000 employees in the industry, KAHC notes. Hotels are struggling to break even with most posting  losses.

KAHC wants the government to ease restrictions in the hotel and industry to support recovery.

“Matatus are currently allowed to carry 100 per cent, some now even carrying 150 per cent but hotels are still restricted from increasing occupancy. This is not doing the industry any good,” Ikwaye said.

Post a comment
WATCH: The latest videos from the Star
by MARTIN MWITA Business Writer
Kenya
27 August 2021 - 04:00
Read The E-Paper