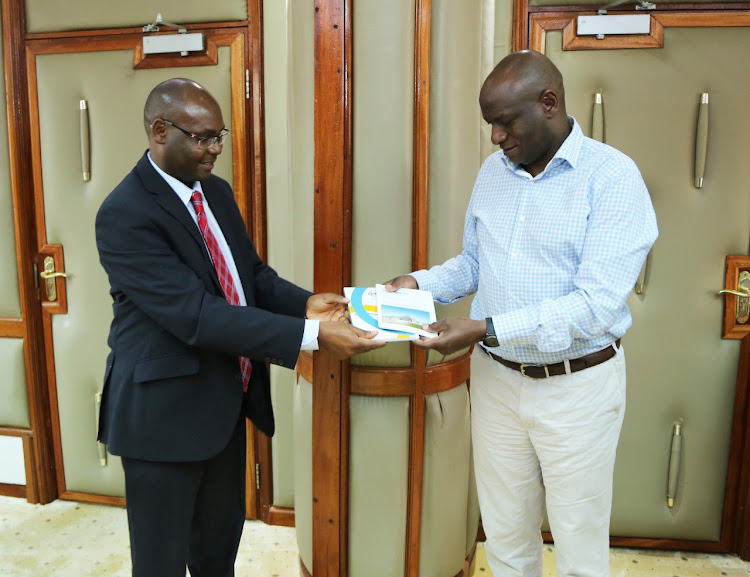 An institution that will help enhance sustainable capacity in the energy sector in the East African region will be built in Arusha, Tanzania.

The Energy Regulators Association of East Africa (EREA) Executive Secretary is spearheading the project that will cost between $12 million(Sh1.3billion) and $15 million(Sh1.6billion)

EREA Chief Executive Officer Geoffrey Aori said the member states are in support of the project and implementation will start within the next one year.

“The project will help us enhance skills and knowledge and competencies critical for regional policy harmonization and integration processes,” Mabea said.

The establishment of this institution, the first of its kind in Africa has received overwhelming support from the governments from various quarters in Africa.

“For increased operational efficiency to achieve the EAC's policy harmonization agenda there is a need to develop highly skilled staff to provide services in the highly specialized field,” Mabea said.

Governments of East Africa through a Memorandum of Understanding that is in circulation for signatures have agreed and committed to push for suitable capacity building in the region.

EREA has developed a concept note for the state-of-the-art institution.

This will address the low level of a highly skilled workforce which has delayed the implementation of many regional projects such as the operationalization of the power pool, integration of renewable energy models, and efficient exploitation of oil and gas.

In addition, the current ad-hoc training available outside the continent is costly and available occasionally.

“This will promote a robust East African Energy Union. Therefore, it is incumbent upon the region and Africa to collaborate with willing development partners to initiate a short-term and long-term sustainable capacity-building strategy," Mabea said.

“The project will not only benefit the East African Community (EAC) but other stakeholders in the continent of Africa.”

“The project will immensely contribute to the continental integration agenda by enhancing connectivity beyond EAC and the operationalization of the Eastern Power Pool,” he said.

Mabea, Kenyan who is first Executive Secretary of EREA said that other beneficiaries will be government agencies working in the oil and gas sector.

“They will obtain critical knowledge in trans-boundary projects and resource development in the region,” Mabea said.

He said that the private sector will also benefit indirectly from an improved business environment due to expected harmonization of tariff methodologies and other instruments.

Mabea, who is an energy economist, was optimistic that with the high interest created by development partners, the construction of the structure will commence within a year.

He noted that at the moment, the secretariat is working with other stakeholders such as the African Development Bank (ADC) is offering online courses to energy stakeholders in Africa.

“These specialized courses have attracted a number of candidates across Africa,” he said.

“We need to support such institutions that will provide highly skilled workforce at affordable cost and embrace innovation in the energy sector,” Keter said.

Mabea said that in the Electricity Regulatory Index 2020 report by ADB, Uganda, Tanzania and Kenya were among the best five countries in Africa in regulation.

Meanwhile in Kenya,there are plans to increase energy generation capacity.

Electrification rates in the country are low even by continental standards, and this is exacerbated by the modest urbanisation rate.

Kenya’s power sector stands out in an African context for its robust generation capacity.

There are 2177 megawatts(MW) available through the main system to meet demand of approximately 1600 MW, so Kenya is not only able to meet demand unlike many others in the region, but also has an ample buffer of extra capacity to hand.

Around 75 per cent of power in the country is produced by Kenya Electricity Generating Company (KenGen).

Roughly 35 per cent of Kenyans are connected to the grid, which is generally not available in remote areas, and increasingly not all potential users have chosen to sign up in places where connections are available.

The up-front cost is often beyond the means of lower-income citizens, and many of those who have connected have proven to be light users.

Downstream distributor Kenya Power’s total customer base jumped from 1.3million in 2009 to 2.8million in 2014, but average consumption per customer dropped from 1187 KWh to 806 KWh over the same period.

Future ambitions for the sector are detailed in Kenya’s Least-Cost Power Plan, its Vision 2030 document and the Power Sector Medium-Term Plan (PSMTP), which was published in June 2015.

The latter aims for 10 per cent annual GDP growth, and envisions access to energy being a catalyst for that level of growth.

Currently there is a presidential taskforce reviewing power purchase agreement seeking public and stakeholder input, as it starts to probe Kenya's power deals.

Industry players and individuals have until May 28, to give their input on what will shape the future of power deals in the country.

The 15-member taskforce appointed by President Uhuru Kenyatta on March 29, is tasked with undertaking a comprehensive review and analysis of the Power Purchase Agreements (PPAs) entered into by Kenya Power.