New port has raised travel demand to the archipelago.

•The Island has become a beehive of activities since operations at the new port started.

•Port officials, KRA, banks, clearing and forwarding firms, shipping companies and a number of other state agencies are setting base in Lamu. 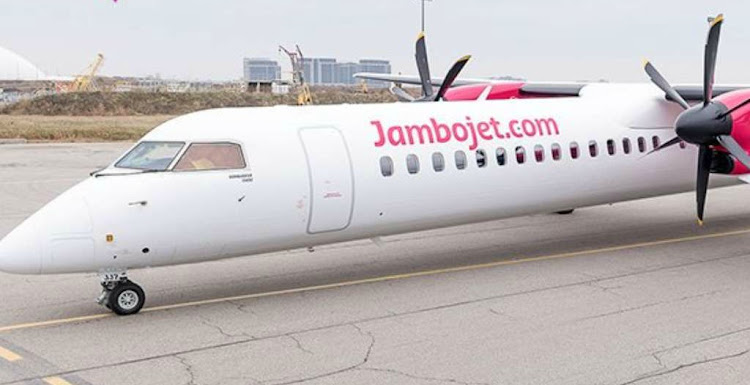 Jambojet has announced plans to begin operations to Lamu bringing competition to the route which continues to record increased traffic, pegged on the new port.

The airline will fly to Lamu via Mombasa four times weekly, starting September 15, with return flights on the route.

The regional low-cost carrier also plans to fly to North Kivu Capital, Goma in Eastern Democratic Republic of Congo twice a week, with the inaugural flight set for September 10.

This is set to grow to four frequencies weekly, flying on Monday, Wednesday, Friday and Sunday.

Its Lamu operations are set to bring competition, with price cuts on the route, currently dominated by Safarilink and Skyward Express which is operating older planes on the route.

The Island has become a beehive of activities since operations at the new port started, with port officials, KRA, banks, clearing and forwarding firms, shipping companies, and a number of other state agencies setting base in Lamu.

A one-way Nairobi-Lamu ticket on Jambojet will go for as low as Sh7,100.

Skyward is currently flying at Sh7,950 while Silverlink charges Sh7,300 to Lamu.

Mombasa-Lamu flights will cost as low as Sh4,600.

Early booking offers lower prices on all Jambojet routes as per its ticketing system.

“Three years ago, we embarked on an expansion plan that would see us expand our network across the region as well as grow our fleet. We had to put on hold some of the plans due to the Covid-19 pandemic. We are excited to launch these two new routes, and look forward to what is to come,” said Vincent Rague," Chairman, Jambojet.

The airline is taking advantage of the huge opportunity the African market has to offer, and the rising demand for air connectivity in the region.

“There is a growing demand for air transport across the continent, with the International Air Transport Association projecting that Africa will become one of the fastest growing aviation regions within the next 20 years, with an average annual expansion rate of almost five per cent. We are keen to be part of this growth,” Rague affirmed.

In a bid to diversify its product offering and revenue streams, Jambojet launched charter services in October 2020.

Since inception in 2014, the carrier has invested in its fleet currently operating six new De Havilland Dash 8-400, which have flown over four million passengers across all its destinations.

Post a comment
WATCH: The latest videos from the Star
by ISAIAH LANGAT Journalist and Editor
Kenya
06 August 2021 - 04:00
Read The E-Paper