She becomes a council member of the International Union of Architects for three years.

•She is among five Africans to be elected.

•Mugure is an Edge expert, a green building standard developed by International Finance Corporation (IFC), a member of the World Bank Group. 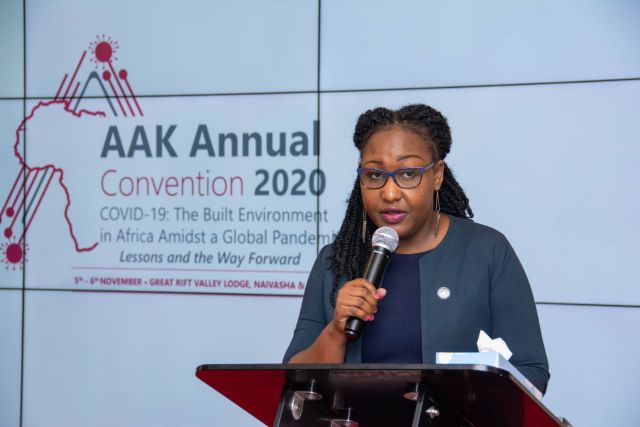 Former president of the Architectural Association of Kenya, Mugure Njendu/HANDOUT

Former president of the Architectural Association of Kenya, Mugure Njendu, has been elected as a council member of the International Union of Architects for three years, effective this year.

The International Union of Architects( Union internationale des Architectes UIA), is the only international non-governmental organisation that represents the world's architects, now estimated at about to 3.2 million.

The UIA was founded in Lausanne, Switzerland, in 1948. The General Secretariat is located in Paris.

It is recognised as the only global architecture organisation by most United Nation agencies among them UNESCO( United Nations Educational, Scientific and Cultural Organization) and UNCHS ( United Nations Human Settlements Programme).

The UIA convenes the World Congress of Architects every three years, each organised by a UIA member section that has competed for the honour.

The immediate for president's candidacy was put forward by the Architectural Association of Kenya which is a member section of UIA.

The architect and urban planner is among five Africans elected to the council led by the current president, Jose Luis Cortes,with UIA representing architects of 131 countries and territories.

Mugure is an Edge expert, a green building standard developed by International Finance Corporation (IFC), a member of the World Bank Group.

She is a graduate of the Greentech Entrepreneur Business Programme for entrepreneurs focused on sustainable business solutions that will impact challenges from climate change.

She is a STEM (Science, Technology, Engineering and Mathematics)  advocate, and passionate about climate action.

She has served in various leadership positions in the East African region and has a wide understanding of matters affecting the built environment around education, research, policy, legislation and advocacy.

“Some of the issues I plan to pursue include climate action in the built environment,diversity and inclusivity in the global practice of architecture, and an equitable footing in practice for African architects world-over,” she said.