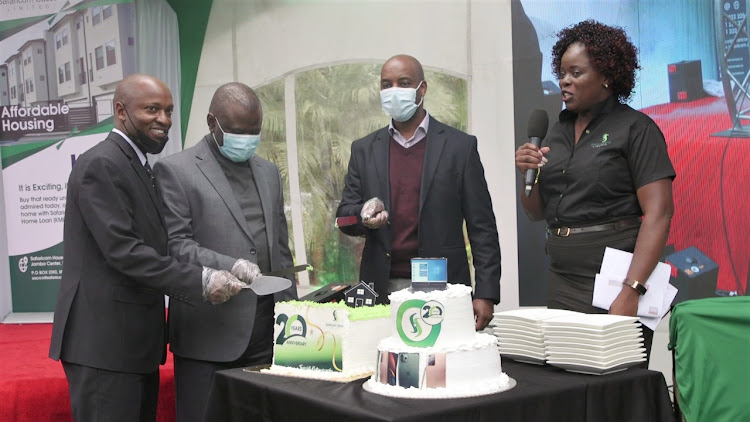 Speaking during the Sacco's 20th anniversary on Friday, ICT Principal Secretary Jerome Ocheng who represented CS Joe Mucheru applauded the steps taken by Safaricom Sacco Ltd over the years to digitize its operations.

He also congratulated the sacco for the 20 years milestones achieved so far and especially on the implementation of online member registration and loan application process.

"For the first time Saccos can borrow from each other by ensuring ethical practices and good governance is practiced within the organisations,''Nja'ngombe  said.

He added that the future of saccos looks much brighter because it's meant to safeguard members deposits and meet stakeholders expectations which can only be through a disciplined governance structure which is embedded in  Safaricom Sacco policies.

The board through the nominations committee ensures that the Saccos leadership attracts a good mix of skills and competencies by advertising and interviewing board positions.

The chief corporate affairs officer at Safaricom  Stephen Chege  commended the institution for withstanding the test of cybercrime which is a primary focus of the organisation.

He also acknowledged the support given to partners by providing agent financing for dealers and LPO financing during a tough economic season.

This earned members  a dividend payment at the rate of 12 per cent on their savings, similar to 2019 and 7.5 per cent as Interest on members’ deposits or rebates.

Its  total deposits hit Sh6.031 billion. Loans and advances to members increased from  Sh5.3 billion to Sh5.6 billion during the period under review.