This is for the six months ended June 30.

•Net earnings for the period closed at Sh42.2 million, down from Sh86 million in a corresponding period last year.

•The significant decline is mainly attributable to the loss of revenue from the anchor tenant at Greenspan Mall, cash-strapped Tuskys Supermarkets, management has said. 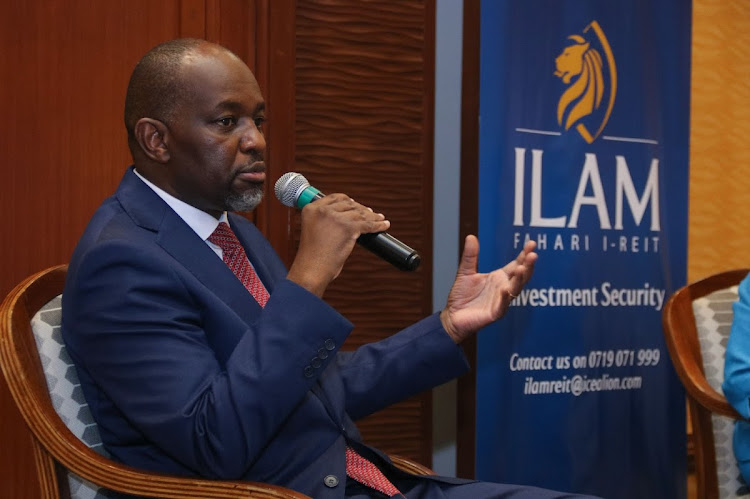 Listed property fund, ILAM Fahari I-REIT, has reported a 51 per cent drop in profit for the six months to June 30, amid decline in revenues.

Net earnings for the period closed at Sh42.2 million, down from Sh86 million in a corresponding period last year, its unaudited results show.

This translates to distributable earnings of 23 cents per unit (June 2020: 48 cents).

The significant decline is mainly attributable to the loss of revenue from the anchor tenant at Greenspan Mall, cash-strapped Tuskys Supermarkets, management has said.

It came amid increased property expense which grew to Sh52.8 million up from Sh48.5 million, as interest income declined 10 per cent due to “reduced cash available for investment as a result of the loss of rental income.”

“Rental and related income decreased significantly by 22 per cent (Sh38 million) owing to the aforementioned loss of revenue from the anchor tenant at Greenspan Mall who occupied about 48 per cent of the Gross Lettable Area,” the firm said in its results published through the Nairobi Securities Exchange.

Tuskys had closed 14 branches from a total of 64, as of December last year.

It had outstanding rent arrears of Sh26million which relate to Greenspan Mall’s Q4 2020 billings.

The mall is one of the biggest assets under ILAM Fahari I-REIT with the highest occupancy in 2020 of 86.2 per cent, as compared to retail sector average.

The REIT Manager has now on boarded Naivas Supermarket as the replacement anchor tenant for Tuskys with rental income accruing from the second half of the year.

“Rental income from the new anchor tenant will be recognised from the second half of the year,” it says.

During the period, property expenses increased by nine per cent compared to the corresponding period in the prior year.

The increase is mainly due to more tenants withholding 10 per cent tax on rent paid which is considered a tax leakage to the REIT subsidiaries.

The REIT manager is currently engaging KRA on resolving the matter to avoid further loss of income going forward, it notes.

It has provided for irrecoverable withholding tax amounting to Sh11.4 million deducted during the period under review.

The REIT Manager continues to control the fund management expenses which are expected to reduce further upon completion of the on-going strategic review.

A first and final distribution of 60 cents per unit was paid in April 2021 in respect of the 2020 financial year.

The REIT manager has not recommended an interim distribution for the period ended 30 June 2021.

“A full distribution will be declared in line with the requirements of the REITs Regulations to distribute a minimum of 80 per cent of distributable earnings within four months after the end of the financial year,” management reported yesterday.