•The kenyans term Malindi as the best tourism destination and plan to use their networks and associations to bring tourists to Malindi.

•Local tourists also say there are so many ijnvestment opportunities in Malindi and urge people to tour the resort town to see for themselves. 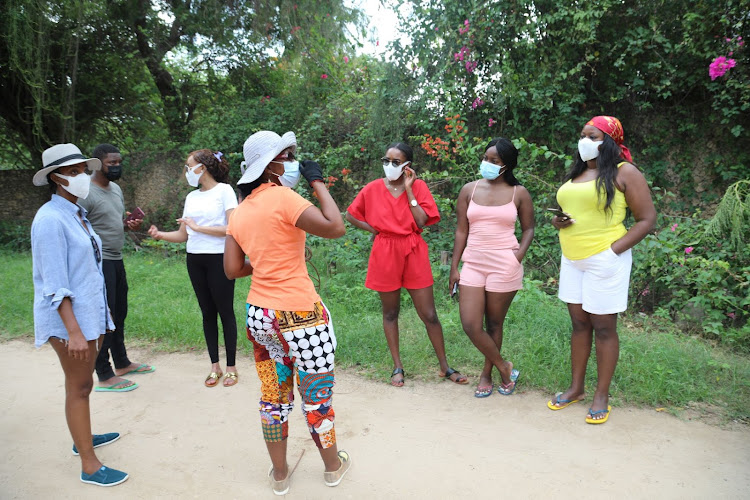 Tourists from Nairobi who took part in this month's Malindi clean up exercise along the Vasco dagama road during their tour of the resort town
Image: ALPHONCE GARI 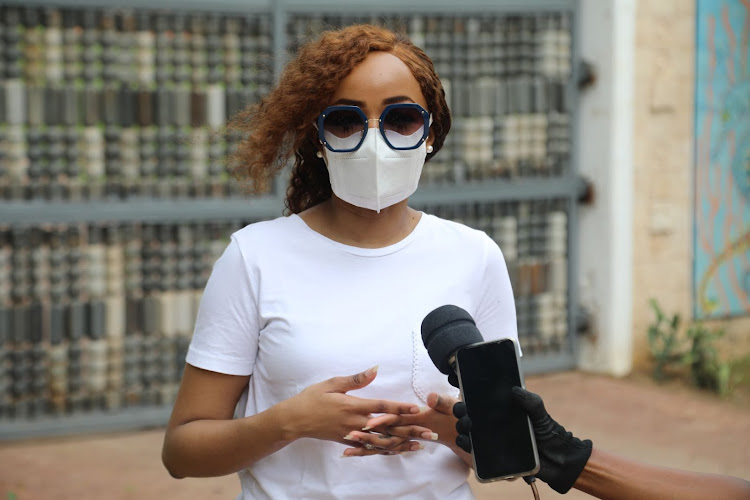 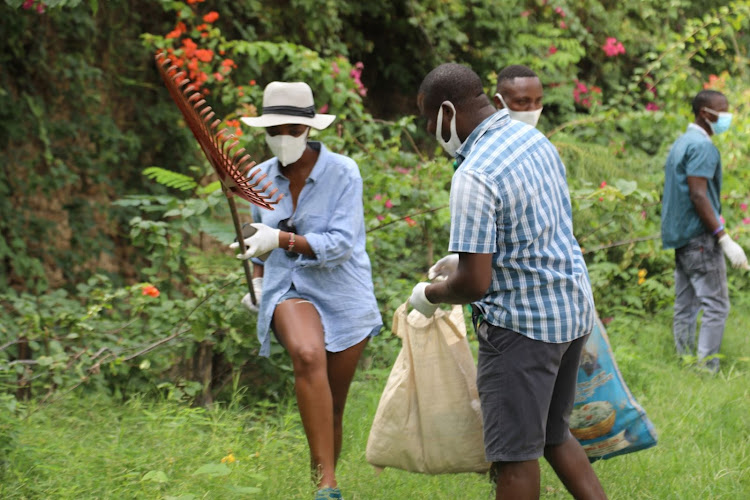 Tourists from Nairobi who took part in thhis month's Malindi clean up excersize along the Vasco dagama road during their tour of the resort town
Image: ALPHONCE GARI 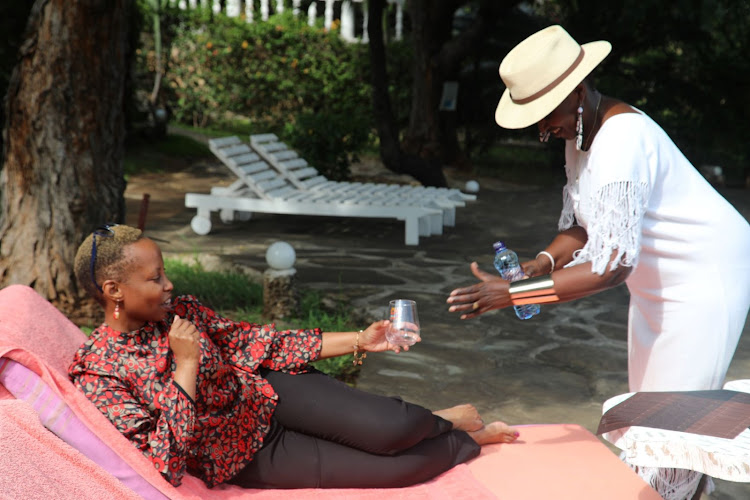 Marian Mutahi who returned to Kenya after 20 years in Italy with Lydia Mutahi who came from USA and have now settled nin Malindi where they opened a tourism business
Image: ALPHONCE GARI 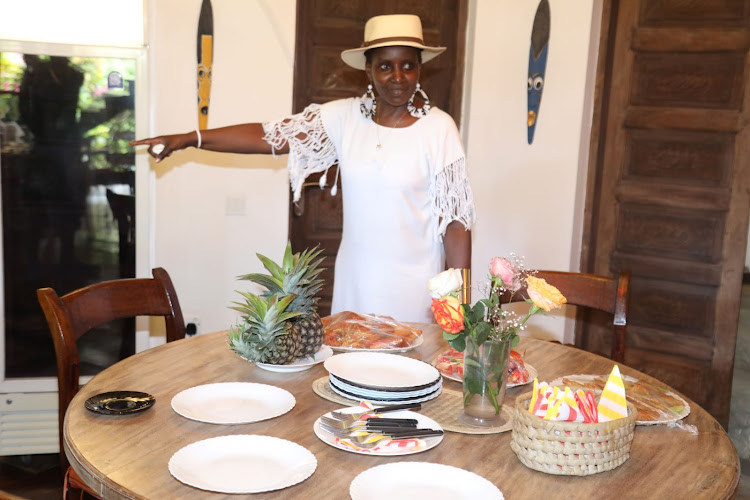 Marian Mutahi who returned to Kenya after 20 years in Italy and now settled in Malindi where they opened a tourism business
Image: ALPHONCE GARI

Tourism investors in Malindi are now diversifying the market products to attract more people from both local and international markets after the sector was hit hard by the Covid-19 pandemic.

Since the pandemic began the sector has recorded a low turn out of tourists with a majority being local tourists which affected the economy which largely depended on tourism.

The effects have seen many tourism investments being sold out and others being put for sale in the destination which was largely dominated by the Italians.

Some diaspora returnees who had gone abroad to look for greener pastures for many years are now back home to set up tourism investments so as to help in the revival of the sector by diversifying the market.

They have opted to use their network in the diaspora to lure them back and enjoy the beautiful destination.

Marian Mutahi one of the investors who came to the country recently after staying in Italy for the last 20 years decided to open a tourism facility in Malindi terming it as the best destination.

She said her aim is to use the network of friends and business associates abroad to come and tour the tourism resort.

Mutahi who has been in Kenya since January said they bought a villa safari Malindi situated at the luxurious casuarina area near the Malindi marine national park.

“What we have here is a villa built-in a fusion of Giriama Swahili style which has high makuti roofs and a lot of open spaces,” she said.

The Kenyan investor said they offer accommodation and have four very large rooms which are little apartments.

“We offer meals and have a half-board offer of bed and breakfast, we also offer a unique outdoor experience,” she said.

Mutahi said they have partnered with a camp called Gedeng situated at Sabaki estuary which is the only estuary in Kenya which a hidden Gem, as it is home to over 100 hippos, thousands of flamingoes, monkeys, and lots of birds species.

She said camp Gedeng is five kilometers from their villa and is the only place where tourists can have a bonfire.

“We are moving away from the traditional tourism of going to the big parks and focusing on the local areas to find out what the local tourism can offer,” she said.

Mutahi said after staying abroad for over two decades she realized that there are many opportunities back home and that’s why she decided to bring back her experience from abroad.

She said her market would not be from the larger market only but even eastern Europe, and those Kenyans in the diaspora who have one big holiday once a year to come and enjoy the hospitality in Malindi.

“We have restyled, come up with a product that is good for the pockets and offers something that is of interest to them,” she said.

Mutahi said she would use the network she has had for all those years to bring tourists to Kenya adding that she was in Rome recently and presented her idea to the embassy which was received positively.

Through their associations in Italy, Germany, and the USA she said it would be easier to get people to come to Malindi.

Lydia Mutahi who has also been living in the USA for the last 20 years is also among the new Kenyan investors who chose to come back and set up tourism investment.

Together with her sister Marian, they chose to invest in the hospitality industry and use their networks to bring tourists to Kenya.

Their villa she said there are many opportunities to come and invest back in Kenya regardless of where one went to work abroad in Germany USA Japan or Italy.

“One can buy property, a piece of land with the money that you think you can invest in and you can grow yourself in that way so we are giving hope to those living in diaspora out there to let them know that it is possible to come back and be somebody in whatever capacity that one can be in,” she said.

She said in the next one year tourism will explode even locally as people have now understood to live with the Covid-19 pandemic.

Already in Malindi stakeholders have been at the forefront in cleaning the resort town for the last two years under the umbrella of the Progressive Welfare Association.

This month local tourists from Nairobi joined in the clean-up exercise and termed Malindi as the best destination with many investments opportunities.

Lorine Karanja a local tourist who took part in the clean-up at Scorpio area along Vasco Dagama Road said Malindi is a fantastic place to live.

She said they managed to collect a lot of plastic and other waste products that are being littered along the beach.

“We would urge people not to litter plastics at the beach and ensure it's clean because that’s what we are coming to see in Malindi as the beach is quite attractive,” she said.

She said during her current visit to Malindi she has seen a lot of opportunities for local investments adding that it’s not just foreigners who can come and buy the properties but locals can buy.

“The opportunities for investments are not just for foreigners but even local people can come in and invest but you wouldn’t know if you don’t visit,” she said.

Philip Oyambo a local tourist from Nairobi who is also a frequent guest for Malindi terms the resort town as one of the best destinations in the country.

Oyambo who was staying at Ocean beach resort urged fellow young men and ladies to come to Malindi as a couple or family as there is so much to enjoy and explore.