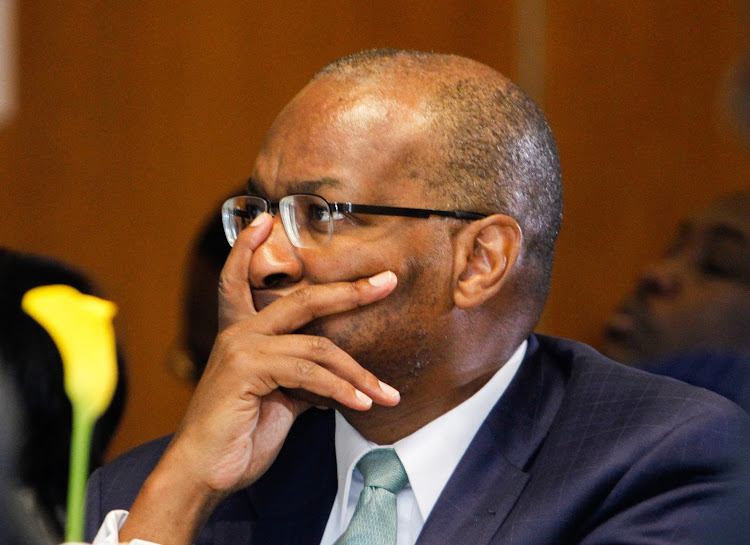 Kenya's total debt has grown by at least Sh400 billion since March despite mounting pressure on the National Treasury to cut loan appetite.

The latest Weekly bulletin by the Central Bank shows that the country's total debt is now at Sh7.713 trillion up from Sh7.3 trillion.

The country has in recent months accumulated a number of loan facilities including the fourth Eurobond issue of $1 billion (Sh108 billion) in June.

Other recent loans include $2.34 billion (Sh255 billion) from the International Monetary Fund (IMF) and $750 million loans from the World Bank in May.

Locally, the National Treasury has been issuing bonds ranging from Sh40 billion and Sh60 billion every month to support infrastructure or budgetary support.

Even so, the number of loans accumulated by end of December is Sh100 billion shy of what was forecasted by the Parliamentary Budget Office(PBO).

According to the PBO, the country's public debt was to hit Sh7.8 trillion by end of June, accounting for approximately 69 percent of Gross Domestic Product(GDP) and 87 percent of the Sh9 trillion total debt ceiling.

The exchequer is already seeking parliamentary approval to move the debt ceiling upwards of Sh12 trillion.

The ceiling was last raised from Sh6 trillion in 2019, reflecting growing borrowing due to gaping budget deficits and investments in infrastructure projects like roads.

Kenya faces a budget gap of about $8.6 billion for the current financial year, which it plans to fill with external and domestic debt.

Public debt-service costs will probably surge to a record Sh1.17 trillion in the year, equivalent to about two-thirds of national revenue, according to the parliamentary budget office.

Last month, the Debt Management Office’s head at the National Treasury, Haron Sirima said he was optimistic that the country will successfully execute liability management operations 2021/22 in line with the debt strategy of lowering costs and minimizing risks in the public debt portfolio.

While Kenya has in the past year bent towards multilateral loans and undertaken fiscal consolidations to cut on borrowing, its ambitious budget amid low revenue collection has forced it back into the commercial borrowing market to clear due obligations.

This, despite subscribing to debt suspension programmes in January this year that saw repayment of up to Sh79 billion deferred.

The projection is an indication that the country's debt will continue to balloon, having crossed the Sh7 trillion mark in 2020 up from Sh5.81 trillion in 2019.

For instance, it has increased excise duty on calls and the internet in the Finance Act,2021. It has also reintroduced Value Added Tax on liquified petroleum products amid protests from consumers.