It’s the combination of connectivity, collaboration and competition that will really impact the continent’s digital transformation

•Forecasters predict that the continent’s population will nearly triple by 2050.

•This could pose threats or opportunities, depending on how governments and private entities respond. 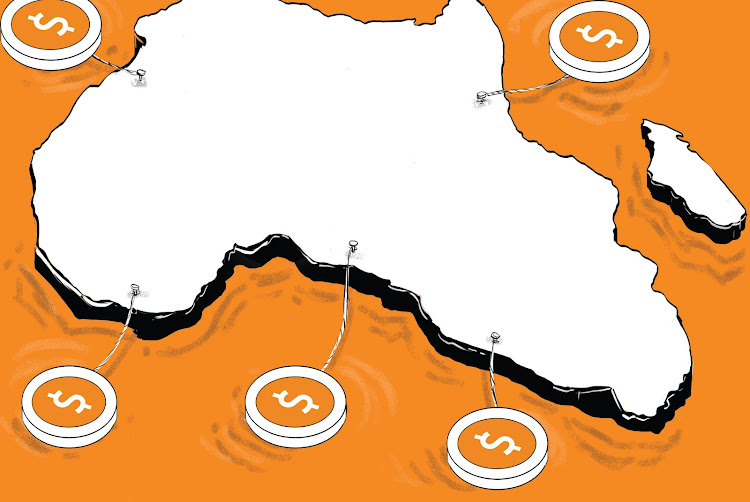 Africa’s population is rapidly increasing. In fact, forecasters predict that the continent’s population will nearly triple by 2050.

This could pose threats or opportunities, depending on how governments and private entities respond.

With an average age of 18 years, Africa’s population is dominated by the youth - unlike in other continents like Europe where the majority of the population is in their 40s.

As young and multiplying people, the opportunities should be endless. But how do we make sure citizens thrive and go on to contribute to the continent’s economic growth rather than strain already challenged systems? The secret lies in making the most of the modern digital world.

The power of connectivity

Connectivity is the ultimate catalyst for digital leapfrogging, growth and transformation.

This is especially true in countries where some citizens may not have access to running water but can still use their phones to connect to the Internet.

With so many examples of African innovation to look up to, connectivity can help entrepreneurs get their solutions off the ground. For example, during the Covid-19 pandemic, agriculture tech start-up Lentera created an app called CropHQ that uses satellite technology to monitor the health of crops.

It provides localised weather predictions, monitors soil moisture and can track expected rainfall so farmers know when to water.

This kind of connected technology makes remote work possible even in a hands-on industry like farming.

In terms of healthcare, Kenyan-based health-tech company Ilara Health partners with robotics and AI companies to lower the cost of diagnostic equipment so people in peri-urban areas can receive blood test results quickly and easily.

They made headlines last year for securing a $1.1 million (Sh118.9 million) grant from the Bill & Melinda Gates Foundation.

This not only demonstrates the importance of Internet connectivity, but connectivity between countries, companies, and people to drive digital transformation and combat everyday challenges.

The education sector is another that could benefit from increased connectivity, boosting online learning and access to information.

Textbooks are a standard requirement for students, but even with free primary education introduced in Kenya in 2003, many learners still can’t afford prescribed textbooks.

Fortunately, ed-tech organisation Kytabu saw a solution to this in the form of a textbook subscription application that allows students to rent pre-installed textbooks at a low cost.

Content can be downloaded on a smartphone, tablet, or desktop app. Kytabu has digitised hundreds of textbooks, thousands of TED Talks recorded in 42 languages (including English, Swahili, and local dialects), as well as learning games, past tests and exams.

Access to education is at the heart of economic growth and digital transformation and could encourage Africa’s youth to push the boundaries and generate future dividends for the continent.

What if local governments and private companies joined forces to increase Internet access and lower costs so more students could benefit from digital education solutions?

What role does collaboration play?

Innovative solutions and access to information rely on quality connections and Africa remains the continent with the lowest Internet penetration rate.

Most regions (apart from Southern Africa) score significantly less than the world average of nearly 60 per cent. O‌ne of the leading causes of Africa’s Internet shortages is cost.

Last year, locals were spending an average of 5.7 per cent of their monthly income on just 1GB of data. Bearing in mind other costs of living, this number is incredibly high.

And, if an average income earner has to choose between groceries and data, it’s obvious which expense is more essential.

This is where collaboration comes in. Africa’s ICT and telecoms sectors are starting to join forces with other industries (such as finance, retail, and media) to drive Internet expansion and offer innovative, low-cost solutions to citizens. Recently, the Smart Africa Alliance and Japan’s Soft Bank agreed to cooperate to provide affordable broadband to Africa's under-served regions.

Smart Africa is a partnership between 32 African countries, international organisations and private sector firms. It brings together heads of state who seek to accelerate the digitisation of the continent.

It hopes to double broadband penetration to 51 per cent in Africa by 2025. This kind of multi-sector, cross-country collaboration is one of the keys to encouraging Africa’s digital transformation and growth.

New competitors can open up the market

It is important to keep current ISPs and telecommunications companies on their toes by introducing healthy competition. Too few players in a market lead to inflated prices and less incentive to keep innovating.

In Africa, some telcos are competing with the finance industry by offering credit and insurance, and banks are becoming reliant o‌n ISPs for client access.

While Kenya’s Safaricom has long dominated the telecom market, competitors like Bharti Airtel have managed to cut costs through network outsourcing, leaving it to focus on customer growth in the 15 countries where it operates.

Newmarket entrants like AfricaICT are also shaking things up by being independent of systems integrators or telco operators and providing a bespoke service.

There’s also room for competition between countries, especially if we want to see economic growth and digital transformation in Africa as a whole. Following the successes of countries like South Africa, Botswana, and Kenya – the Silicon Savannah – expectations are mounting for African governments to prioritise ICT plans and infrastructure.

If we want to develop Africa’s digital stronghold and support the continent’s growing young population, every person needs access to high-quality, low-cost connectivity.

Collaboration between government, industry leaders and private-sector investors is one of the ways to make this possible.

While the three Cs, individually, can help drive Africa’s growth, it’s the combination of connectivity, collaboration and competition that will really impact the continent’s digital transformation and get the wheels turning for long-term success.

The writer is the Managing Director at SEACOM East and North East Africa.