The outlook projects recovery to be accelerated by tourism, agriculture, and manufacturing sectors which were rendered docile by Covid-19. 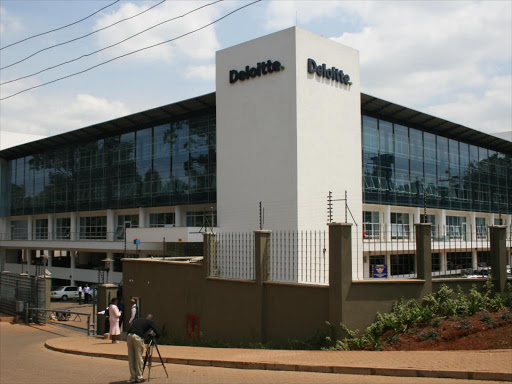 Kenya and Uganda's economy will recover faster at 6.3 percent this year, audit and consultancy firm Deloitte has said.

The two East African countries countries will recover from slower growth of 0.6 percent and negative 2.1 percent while Tanzania's growth forecast has been slashed to 2.7 percent from 4.8 per cent projected last year.

Ethiopia and Rwanda are expected to grow by four percent and 3.2 per cent respectively from slower growth last year of 3.5 per cent and negative 0.2 per cent.

Generally, Eastern Africa countries are expected to bounce back from the Covid-19 pandemic to grow three percent up from 0.9 per in 2021, up from 0.9 percent last year.

In its update on the economic impact of Covid-19 pandemic in the region dubbed ‘Navigating New Realities' Deloitte said the growth will mainly be driven by private consumption and domestic demand.

The outlook projects recovery to be accelerated by tourism, agriculture, and manufacturing sectors which were greatly hit by Covid-19.

The region is estimated to have lost $4.8 billion in international tourism receipts in 2020 owing to a ban on international travel and national lockdowns across the globe that subsequently resulted in the loss of 2 million jobs.

These losses were cushioned by growth in agriculture in Kenya and Tanzania owing to sustained demand for coffee and horticultural products, and a rebound in manufacturing and construction in Rwanda and Tanzania respectively.

Subsequently, it will also be driven by an uptick in investment activity in the private sector with long-term effects of foreign direct investment (FDI) diversification expected to take effect, notwithstanding the 9.6 percent reduction in FDI inflows into the East African region in 2020.

Inflation in the region rose in 2020 due to rising food prices driven by the locust invasion and floods which affected local agricultural production.

''The recurrence of lockdowns, slow vaccine roll-out across the region, restriction in movements, and budgetary pressures in some of the major economies will have a negative impact,'' Makumi said.

“This past year has truly shown that we are in a new reality,'' Tewodros Sisay, Deloitte East Africa Financial Advisory associate director said.

Despite the pandemic taking more than 150,000 lives in Africa and the continent's economy contracting by 2.1 percent, countries have largely remained resilient amidst the pandemic and continue to chatter a new path towards recovery as we start Q3 of 2021.

The pandemic has taken more than four million human lives and seen economic stimulus packages across global economies surpass $13 trillion, four times more than the response to the 2008 - 2009 financial crisis.

The growth forecast for Kenya is higher than that of the World Bank. Last week, the international lender slashed Kenya's growth to 4.5 percent from 6.8 per cent.