To charge letters by between Sh10 and Sh55 more.

•This has been necessitated by increased cost of service delivery.

•It is facing stiff competition from the private sector. 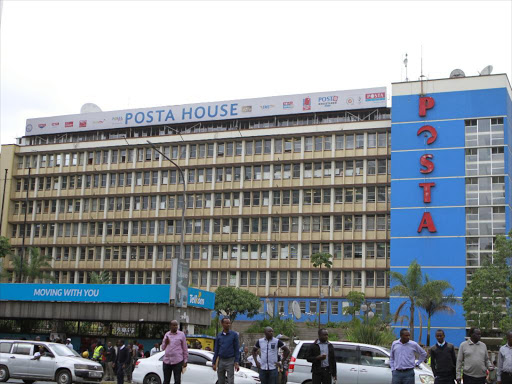 This is in the wake of increased competition from private courier services which have eaten into its market share, mainly on parcel business.

The corporation has applied to the Communications Authority of Kenya for approval to review their postage rates upwards, with price increase of between Sh10 and Sh55.

Posta is seeking to increase charges for letters with a limit of two kilogrammes.

It wants to start charging Sh40 for letters of up to 20 grammes, up from the current Sh30.

Sending a letter weighing between 250 grammes and 500 grammes will cost Sh150 up from Sh95.

"The authority wishes to notify the general public that any legal or natural person, or group of individuals, who are desirous of making any representation and/or any objection to the proposed revision, to do so vide a letter addressed to the Director-General, Communications Authority of Kenya," Olwero says.

Concerns on the postal tariff review must be filed by July 25.

In the financial year 2019/20, CA issued 29 national and five international courier licences which saw the number of postal and courier licensees increase by 27 per cent, from 229 the previous year to 263.

In three months to June 2020, the number of letters posted locally recorded a 58.2 per cent decline to 3.5 million from 8.5 million in the quarter to March, CA data shows.

It currently has a total of 623 post offices spread across the country with 146 sub-post offices.

There are a total of 788 private operator outlets in the country which are giving the state corporation a run for the money.

Of these, local companies are more than 207 with at least 55 international ones.

To remain afloat, the corporation has entered into a number of partnerships with other state agencies, among them the door-to-door delivery of passports.