Base to extend mining operations by one year

The Petroleum and mining ministry CS has approved a licence for the company.

•It currently has 15 months remaining (mine life) at its current licensed area, whose operations is expected to cease in October 2022.

•The company which commenced production in late 2013 accounts for 65 per cent of Kenya's mineral exports. 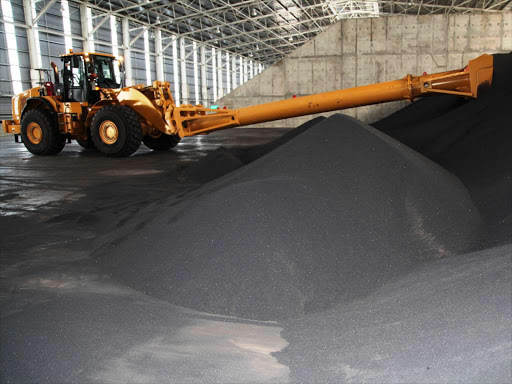 Australian mining company–Base Titanium will extend its operations in Kenya by one year under a new licence.

The petroleum and mining ministry is processing a license for the company which currently has about 15 months of mine life at its current licensed area, where operation is expected to cease in October 2022.

According to Cabinet Secretary John Munyes, the firm's application for mining has been approved.

However, mining activities cannot take place without a 'deed of variation' to extend its Special Mining Lease boundary, which was pending.

“We have looked at the application and a license will be issued soon,” Munyes said, noting that the company has put in place the required measures, including earning a social license to operate in Kenya.

The company which commenced production in late 2013 accounts for 65 per cent of Kenya's mineral exports.

Together with Tata Chemicals, which accounts for 48.9 per cent of sector revenues, the two holds 77 per cent of the country's mineral revenue earnings.

It is currently mining the last site (South Dune) where mineral concentration has significantly dropped, according to the firm, which is looking for options to extend the mine life as it hopes for expansion to other areas.

“Our current reserves will be mined and depleted by next year October,” general manager external affairs Simon Wall said, “We have had a number of outstanding issues which have been resolved, paving way for the license which gives us about 12 months of mining.”

It has been awaiting clearance from the Petroleum and Mining ministry since 2017.

The firm which commenced mining titanium ores in the country in 2013, with the first shipment in February 2014, is keen to further expand its operations having applied for three prospecting licenses.

It acquired a prospecting licence covering 136 square kilometres in Vanga area, towards the Kenya-Tanzania border of Lunga Lunga,which was approved by the Mineral Rights Board and issued in December 2018.

The exploration results will determine the company's investment decision, Wall said, affirming the company's commitment to continue operating in Kenya.

“Once the prospecting licensees are issues, we will invest in exploration activities. It is a long and high risk process. Very few exploration programmes turn into actual mines but we hope to succeed,” Wall told the Star on telephone.

Meanwhile, the government is pushing for higher royalties from the current 2.5 per cent paid by the firm. The ministry is keen to double this to five per cent on titanium ores.

In 2019, export earnings from titanium ores was Sh13.9 billion, the Economic Survey 2020, by the Kenya National Bureau of Statistics, shows

Government revenues from Base Titanium are estimated at a total Sh23 billion over the current mine life, with Sh3.7 billion being spent annually on purchases from Kenyan businesses by the company, which has employed over 1,000 people.

Others key mining companies in the country are Kenya Fluorspar which accounts for 18.6 per cent of mining revenues, Karebe Gold(4.6 per cent), Kilimapesa Gold(0.7 per cent) and Lapigems Limited(0.4 per cent).

The rest of the industry players account for 15.5 per cent.