In 2019, the Ethiopian Airlines jet headed for Nairobi, killing all 149 onboard including 32 Kenyans. 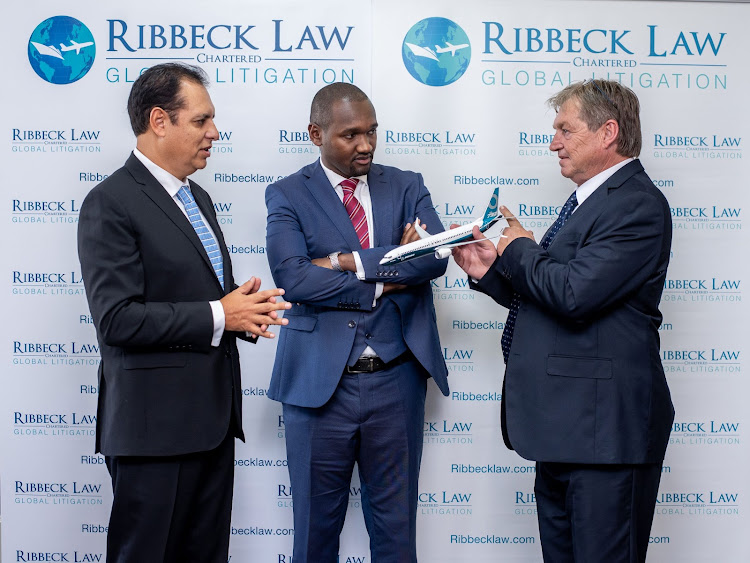 Families of victims of the two 737 Boeing Max crashes that killed 346 people in Indonesia in 2018 and Ethiopia in 2019 have begun to receive payments from the $500 million settlement agreement reached in the case against Boeing.

Ribbeck Law Chartered, which represents more than 90 clients made the announcement after at least three years of litigation.

“For most of our clients, this puts an end to the civil and criminal cases filed against Boeing after the tragic crashes of Lion Air JT610 on October 29, 2018, and Ethiopian Airlines ET302 on March 10, 2019,” Manuel von Ribbeck of Ribbeck Law Chartered said in a statement.

The Ethiopian Airlines jet headed for Nairobi, Kenya crashed shortly after take-off from Addis Ababa’s Bole International Airport, killing all 149 onboard including 32 Kenyans. At least 30 nationalities were on board.

Early last week, the US government opened a $500 million (Sh53.9 billion) victim fund as part of the settlement to compensate the heirs, with part of Sh156 million hitting each of Kenyan families' accounts Thursday and Friday.

The payment comes barely a few months after a Kenyan family of a victim of the 2019 Ethiopian Airline crash agreed to a settlement of Sh327 million to drop a court case against American aircraft maker Boeing.

Another plane of the same model was involved in a crash less than five months earlier when a Lion Air flight crashed into the sea near Indonesia with nearly 190 people on board.

Boeing in January agreed to pay the settlement after the US Department of Justice found the airline had design flaws which it kept from regulators and pilots.

The final report on the Boeing 737 MAX, released in September 2020 by a legislative committee in the United States, found “repeated and serious failures” by Boeing and identified the key factors that contributed to the Boeing 737 MAX crash, including design flaws, profit and production priorities at the expense of safety.

The report detailed how Boeing was under pressure to compete with Airbus and deliver profits.

It is alleged that the firm escaped scrutiny from the FAA, withheld critical information from pilots, and ultimately put planes into service that killed 346 innocent people in the two crashes.

"Families we have represented since the beginning of this tragedy involving the 737 MAX 8 crashes have started to receive the settlement funds,”  Ribbeck said.

He added that the criminal case which found that serious, deadly mistakes were made by the Boeing Company has been brought to an end.”

“The misleading statements, half-truths, and omissions communicated by Boeing employees to the FAA impeded the government’s ability to ensure the safety of the flying public,'' the US Department of Justice concluded.