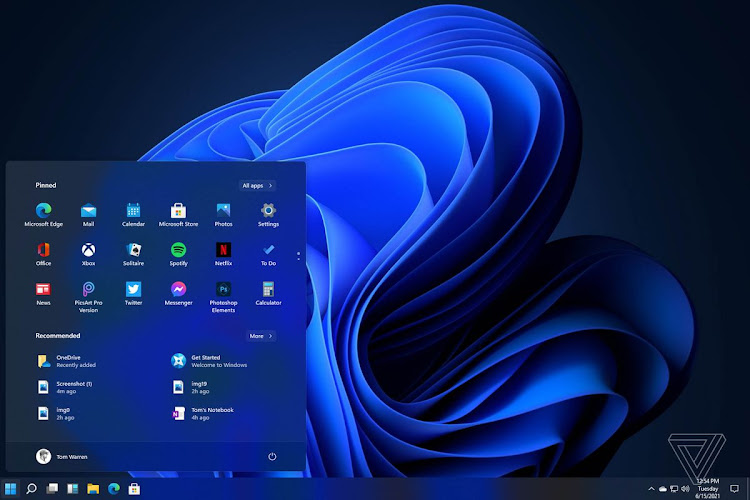 Over the years Windows has been evolving bringing with it new modifications.

As some people are still stuck with Windows 7, Microsoft has moved a step further by launching Windows 11.

You will get a new look with much of the work being done on the interface redesign rather than the actual features. The interface gets the macOS’s rounded corners for all windows.

The start button, which has always been on the left corner of the screen but now, has been moved to the left edge of the centred icons.

The start menu also gets a major overhaul in Windows 11 with vestigial tiles at the top of its panel having recent and frequent apps as well as documents below them. The new mini tiles are good for touch input.

The File Explorer is one of Windows 11’s new looks especially its left updated panel controls and folder icons.

The new button at the top left works for new folders or documents supported by your apps and the same viewing options for files are available.

It has a widget panel, which is one of the new features of this new Windows.

This gives you information about the weather and news. Aside from it giving you news and weather, it gives options to third-party developers to offer content through this Windows.

With this new Windows Layout option, it has surpassed macOS in the way it lets you arrange app windows on-screen.

The current app window goes to the position in the layout and you can move it to another position the same way at any time.

These changes will help you enjoy using Windows 11 and have a great experience using this new Windows.

It’s very similar to Windows 10X, walking users of new hardware or those upgrading to Windows 11 through a set of steps to configure Windows.

This out-of-box experience also includes a new Windows 11 startup sound, which then triggers at every boot.

Microsoft is also improving the Xbox experience in Windows 11. The new Xbox app is now integrated into Windows 11, offering quick access to Xbox Game Pass games, the social parts of Xbox network, and the Xbox store.

The Xbox Game Bar and Windows Game Mode all remain the same as Windows 10 in this early leaked build.