A kilo averaged $1.65 in the recent trading. 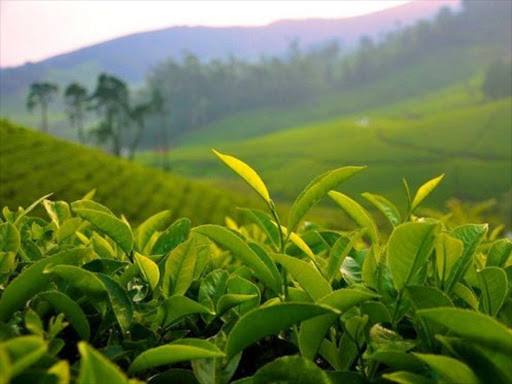 Oversupply at the Mombasa tea auction is threatening to spoil the party for farmers this year as prices hit a five-year low.

Further worsening the situation is a global glut as top tea producing countries recover from a trading break occasioned by the Covid-19 pandemic.

Prices at the weekly Mombasa auction have been on a downward trend since early June, with overall sales this year remaining below the average two-dollar mark.

The average prices for this year so far has been $1.80 (Sh194.31). Anything below two dollars being considered “not good” according to EATTA.

The commodity has only fetched $2 (215.90) once so far this year, signalling low earnings for farmers in the financial year ending June 30, and expected to continue in the current financial year.

The latest price is a drop from the previous week's $1.68 (Sh181.36) with 18.3 per cent of the total 13.6 million kilos availed for sale remaining unsold, the market report indicates. 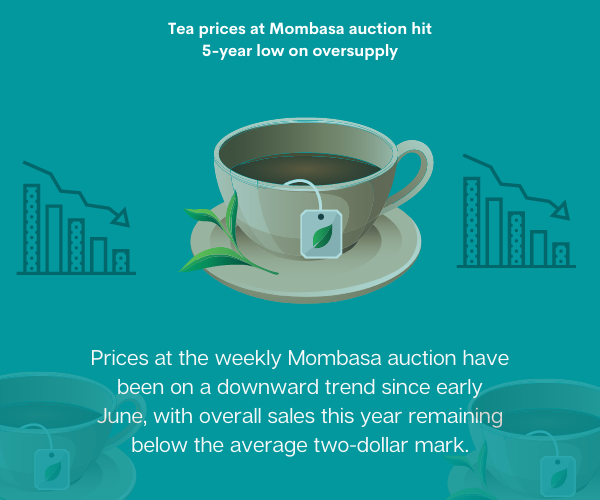 “UK lent more support but operated at lower rates while Egyptian Packers, Pakistan Packers, Bazaar, Russia and Sudan were active but at lower levels with increased but selective inquiry from Kazakhstan and other CIS states,” the report by EATTA managing director Edward Mudibo reads in part.

There was less interest from Yemen and other Middle Eastern countries with selective activity from Afghanistan while Iran were subdued. Local Packers showed less interest. Somalia were less active at the lower end of the market, it adds.

Kenya Tea Development Agency has also noted persistent high production and a global oversupply has pushed down the average tea prices for its 54 managed factories.

Green leaf produced by smallholder tea farmers under KTDA management hit 615 million kilos in six months to December last year, with high tea production being pegged on favourable weather conditions, besides the rapid expansion of acreage under tea over the years.

The Mombasa Tea Auction is one of the largest in the world where teas from Uganda, Rwanda, Tanzania, Malawi, Ethiopia and the Democratic Republic of Congo are also traded.

“High volumes of tea produced in the East African region and elsewhere on the globe have contributed to the continued price decline in the global market,” KTDA management services said in a recent statement.

Over 620,000 small-holder farmers affiliated to KTDA are expecting a mini bonus this month, a payment that will be combined with the green leaf supply for the month of June 2021.

The payment will range between Sh2 and Sh5 per kilogram of green leaf delivered for six months between July 2020 and December 31, 2020.

A stronger shilling against the dollar further reflects low returns for the farmers who gained from last year exchange rates, where the local currency hit a historic low of an average 111.1 units to the US dollar.

Yesterday, Central Bank of Kenya data quoted the shilling at 107.95 against the US dollar.