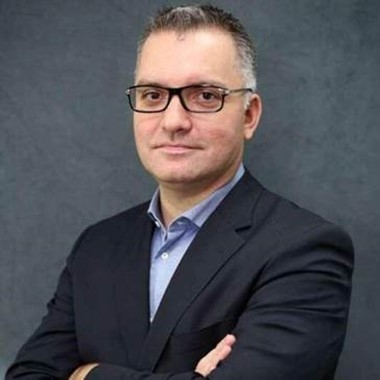 Safaricom Plc linked Global Partnership for Ethiopia (GPE) has appointed Anwar Soussa to manage the Ethiopian operations, two months after the consortium was granted entry into the country.

In a statement, the joint venture said the managing director's appointment was effective July 1 and he will report to the board and Safaricom Plc CEO Peter Ndegwa.

Anwar is currently the managing director of Vodacom DRC and the chairperson of Vodacash (M-PESA) a position he has held since 2017.

According to the statement he has cemented Vodacom DRC as the largest Vodacom operation outside of South Africa by driving major strides in operational performance, crossing the $500 million in service revenue mark for the first time in 2020.

Uhuru is scheduled to witness the issuance of a telecommunications licence to Safaricom.
News
1 month ago

It will factor operational costs for Ethiopian market in its half year planning.
Business
1 month ago

The Safaricom-led Global Partnership for Ethiopia consortium has been licensed.
News
1 month ago

It hit a historic high of Sh42.75
Business
1 month ago

In Ethiopia, Anwar will be responsible for the execution of the consortium's goal to bring about transformational economic and social impact in Ethiopia and positively enhance the lives of its over 112 million people.

He will formulate strategies and plans to ensure the delivery of quality and affordable mobile and internet connectivity enabling millions more Ethiopians to access quality telecom services.

Prior to joining Vodacom, Anwar served as the CEO of Airtel in Uganda and Chad. He has also worked in various senior leadership capacities at MTN and Digicel, among other telcos.

Anwar a Greek national holds a bachelor's degree in Business Administration from the American College of Greece and a Master's in Marketing from Concordia University in Montreal, Canada.

His appointment now sets the stage for the consortium's operation in the country whose communication sector has been largely a government monopoly.

The Kenyan leading telco which commands 57 per cent holding in the Ethiopian entity will now compete with a local sole mobile operator, Ethio Telecom, which launched a mobile phone-based financial service akin to M-Pesa in mid-May.