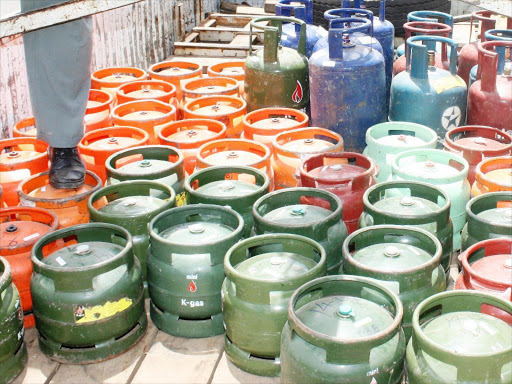 Households will now pay at least Sh350 more for cooking gas following the introduction of the 16 per cent value-added tax on the commodity, adding to the pain of costly life.

Yesterday, the Finance Act, 2021 came into effect after the presidential assent, a move that reintroduced (VAT) on liquefied petroleum gas (LPG), but delayed the levy for one year to July due to concerns about the cost of living.

Currently, the 13-kilogramme cooking gas retails at Sh2,000, meaning that it would now retail for at least Sh2,350.

Expensive gas will add to rising energy prices, effectively pushing up further the cost of living that rose to 16- month high in June.

The monthly inflation data by the Kenya National Bureau of Statistics (KNBS) shows the overall rate of inflation in June was 6.32 per cent, compared to the 5.87 per cent recorded in May.

The Consumer Price Index (CPI) which measures the percentage change in the price of a basket of goods and services consumed by households, increased by 0.12 per cent from 114.977 in May to 115.110 in June.

The month to month Food and Non-Alcoholic Drinks’ Index increased by 0.06 per cent between May and June.

LPG suppliers will boycott retailers who continue re-selling their cylinders with other companies’ gas.
Business
1 year ago

Licences will be specific to the authorised cylinder brands only.
News
1 year ago

Kenyan households have since June 2016 been enjoying low cooking gas prices after the Treasury scrapped the tax on LPG to cut costs and boost uptake among the poor who rely on dirty kerosene and charcoal for cooking.

The LPG prices are not controlled unlike other petroleum products and the new tax will fuel fears that dealers could exploit the market forces to their advantage even as international crude prices continue to rise.

The energy regulator in 2010 started controlling prices for diesel, petrol and kerosene to cushion consumers from high prices, blamed on cartel-like behaviour among dealers.

Cooking gas was left to the market forces of supply and demand.

The rise in the cost of cooking gas is expected to pile pressure on families that are struggling to foot daily bills due to job losses and drastic cuts in earnings in the wake of the coronavirus pandemic.

Apart from cooking gas, the cost of communicating is expected to go up by at least Sh0.30 after the passage of the Finance Bill, 2021 effected the five per cent increase in telephone and data services from 15 per cent to 20 per cent.

This is the second time the government is rising communication costs. In 2018, it  increased the excise duty from 10 per cent to 15 per cent on telephone and internet services in the Finance Act 2018.

The new tax measures adds to the already rising tax regime in the country as the government source revenue domestically to fund Sh3.6 trillion budget for the financial year started yesterday.

The Kenya Revenue Authority is expected to collect at least Sh1.8 trillion in the new financial year up from a target of Sh1.6 trillion last year.