A Steering and Technical Committee has been formed to fast-track implementation.

•Launched in 2012 during former President Mwai Kibaki's regime, the mega project has been marred with cash constraints and lack of political good-will.

•The Kenyan government has however pushed the project where it has invested about Sh40 billion in the construction of the first three berths. 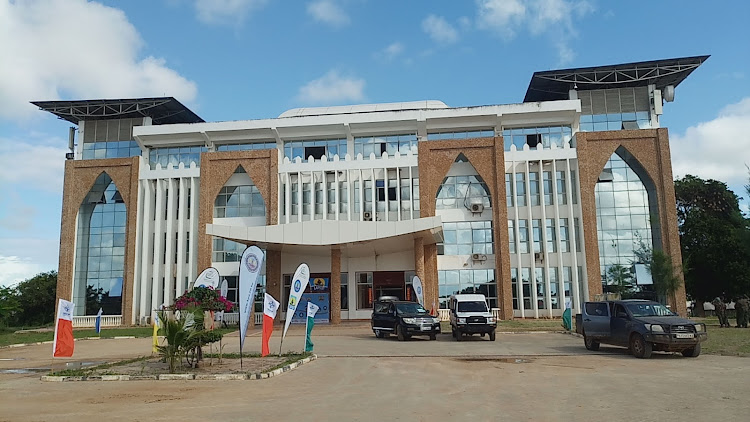 Launched in 2012 during former President Mwai Kibaki's regime, the mega project has been marred with cash constraints and lack of political good-will which has slowed down its implementation.

The Kenyan government has however pushed the project where it has invested about Sh40 billion in the construction of the first three berths, with the first berth commissioned by President Uhuru Kenyatta last month.

In August 2019 , the government led by AU High Representative on Infrastructure Development Raila Odinga turned to the African Union (AU) as it sought investors and regional support for the project.

While it was part of the project, Ethiopia has been keen on the port of Djibouti with the end of its political and economic wars with Eritrea (the July 2018 peace deal), leading to more concentration towards the north.

Road and rail infrastructure between the two countries including the Ethio-Djibouti railway passenger and freight system, which commenced on January 1, 2018, saw interest shift away from the Lapsset corridor.

Kenya presented a strong case to the AU on the Lapsset project’s strategic position to connect not only Ethiopia and South Sudan, but also connecting to Central African Republic (Bangui) and Cameroon, terminating at Port of Douala.

A delegation from Kenya, led by Raila, this week flew to Ethiopia to pitch for Lamu Port which has culminated with the establishment of a Steering Committee for the LAPSSET Corridor project, involving Kenya, Ethiopia and South Sudan.

“This further deepens the corporation among these three countries in the implementation of the LAPSSET Corridor project,” the LAPSSET Authority tweeted yesterday.

Member states' ministers have adopted 'Terms of Reference' for the Steering Committee and Technical Committee to support the fast-tracking of the implementation of the LAPSSET project.

Kenya's Cabinet Secretary, Ministry of East African Community and Regional Development, Adam Mohamed said: “The coming together of Kenya, Ethiopia and South-Sudan to develop the corridor is an enable towards the mutual social-economic development and integration of our people and the continent.”

It will also see the construction of an oil refinery, three airports including the expansion of Manda airstrip in Lamu and construction of resort cities in Lamu, Isiolo and Lake Turkana shores.

It creates a new corridor running from Lamu into Ethiopia and South Sudan, the second major transport and transit corridor in the country, after the Northern Corridor, which is a multi-modal trade route linking the landlocked countries of the Great Lakes Region with the port of Mombasa.

Meanwhile, Kenya is keen to have motor vehicle imports into the country and the region diverted to the Lamu Port, in a move to create traffic for the new facility.

This will be backed with a major car bazar near the port, a move that will shift motor vehicle handling and some local purchases from Mombasa to Lamu.

The country is also targeting livestock exports and transshipment cargo at the new facility.

During his 2021/22 budget statement National Treasury CS Ukur Yatani announced plans to set up a meat processing plant in Lamu to provide ready market for livestock, increase income to farmers and enhance the meat value chain.

This comes with the establishing of a disease-free zone in Lamu to support export of live animals and processed meat.

To attract shipping lines, Yatani said the government will review the arrangements on

fuelling by vessels calling at the Kenya Ports, with a view to allowing ship-to-ship refuelling and establishment of fuel bunker facilities.

“Our current focus is to make Lamu a free port for both domestic and trans-shipment purposes,” the CS said.

It targets to use the gazetted Special Economic Zone (SEZ) near the new port as a value addition centre for agricultural commodities among them tea and coffee, key exports for Kenya.

The government is also targeting export of avocados with factories for value addition in canned fruits, vegetable and juices expected to be set up at the SEZ.