The lender will exercise green shoe option on oversubscribed Medium-Term-Note.

•The first tranche comprising Sh3 billion with an approved greenshoe option of Sh1 billion was issued on 8 June 2021. 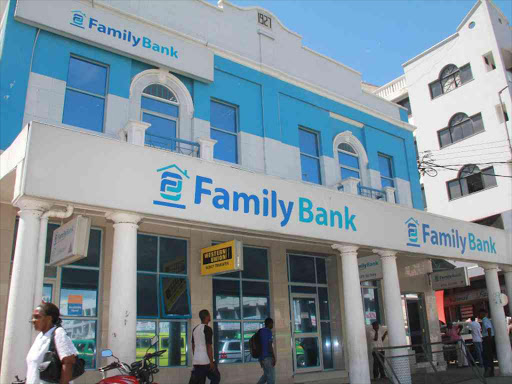 The Capital Markets Authority (CMA) has granted approval to Family Bank Limited to take up a greenshoe option of Sh1 billion.

This is after the first tranche of its multicurrency Medium Term Note (MTN) recorded an oversubscription of 147.3 per cent.

A greenshoe option is an over-allotment option which gives a entity offering shares to the public to sell to investors more shares than initially planned by the issuer when the demand the demand proves higher than expected.

In this case, it allows the lender to raise more money through the medium-term note.

The first tranche comprising Sh3 billion with an approved greenshoe option of Sh1 billion was issued on 8 June 2021.

"We are delighted with the performance of the Family Bank Medium Term Note which is instrumental in reviving our corporate bond market, "CMA Chief Executive Wyckliffe Shamiah noted.

The funds raised from the bond are expected to be used to strengthen the bank’s capital base to support growth, investment in IT infrastructure, new product initiatives and onward lending.

The MTN programme will be issued as both Fixed Rate Notes and Floating Rate Notes.

The notes will have a maturity period of not less than five years.

The Kenya shillings denominated notes will be listed on the Fixed Income Securities Market Segment of the Nairobi Securities Exchange(NSE).