The automotive industry is facing a shortage of semiconductors.

•Kenya imports 80 per cent of its second-hand cars from Japan.

•In Kenya, Subaru is associated with the young generation living on the fast lane. 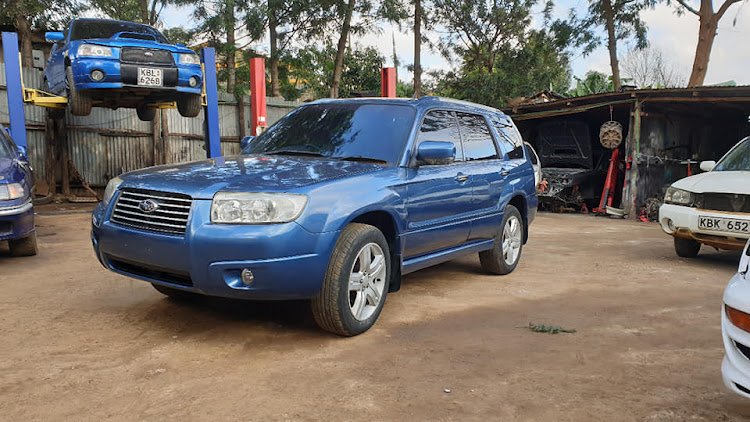 Kenya's used car motor vehicle industry faces disruption in the supply of Subarus as production in Japan faces a shortage of semiconductors.

This is likely to lead to people in the source markets holding onto their cars for longer reducing the number of used units available for export.

There has been a shortage of the tiny, but critical chips used to calibrate cars’ fuel injection, run infotainment systems or provide the brains for cruise control.

This has not only affected Subaru but other makes including Suzuki.

Mercedes-Benz was last month reported to be hoarding its chips for expensive models and had temporarily shut down factories that produce lower-priced C-Class sedans.

In April, Porsche warned dealers in the US that customers would wait up to three months to get their cars, due to a shortage of chips used to monitor tire pressure.

Reuters on Friday reported that Subaru Corp would cut production at Japan’s Gunma plant in July due to a global shortage of the semiconductors, a move likely to affect imports coming into the country.

"It is part of the production adjustment due to shortage of semiconductors," Subaru spokesperson said.

The Gunma plant builds models including the Outback and Forester, Suzuki Motor Corp is also contemplating a reduction in production next month at Kosai and Sagara plants in Shizuoka, Japan.

A common make on the Kenyan roads, Subaru is popular with the young generation.

Kenya imports 80 per cent of its second-hand cars from Japan with the units accounting for 85 per cent of Kenya's car purchases, on an annual import of above 86,000 units.

According to Subaru, it will reduce vehicle production by about 10,000 units in the temporary move, which will affect the supply chain.

Units coming to Kenya have been used for up to seven years before they are refurbished and sold.

A shortage of units is likely to see a price jump in the market which has already been destabilised by delays in the shipping industry.

Prices of used cars in the country have been on the rise since April with dealers saying prices of imported units have jumped by up to 40 per cent.

The driving factors include a global vessel shortage being witnessed during the Covid-19 pandemic,as shipping lines adjust voyages to meet virus control measures and demand in some key regions such as the China-Europe trade route.

The shortage has led to an increase in freight charges which have gone up by between 20–25 per cent, according to the Shippers Council of Eastern Africa (SCEA), affecting cargo coming to Kenya.

Market trends also show the US market is currently embracing used cars mainly from the local market, Europe and Japan, a move that has impacted global prices for the units.

The weak shilling against the US Dollar has also affected the pricing in the local market.

According to the Car Importers Association of Kenya (CIAK), the cost of manufacturing new vehicles has also gone up which has seen their prices increase.

“People are now going for used cars including in markets such as the US. It has created a huge demand affecting the prices,” CIAK National Chairman Peter Otieno told the Star on the telephone.