A place where the rich are buying good health, long life

•In the next financial year starting July 1, National Treasury CS Ukuru Yatani has allocated Sh121.1 billion towards health, up from Sh111.7 billion.

•However, the rich in the country are spending millions on private hospitals which an ordinary person can only access through fundraising. 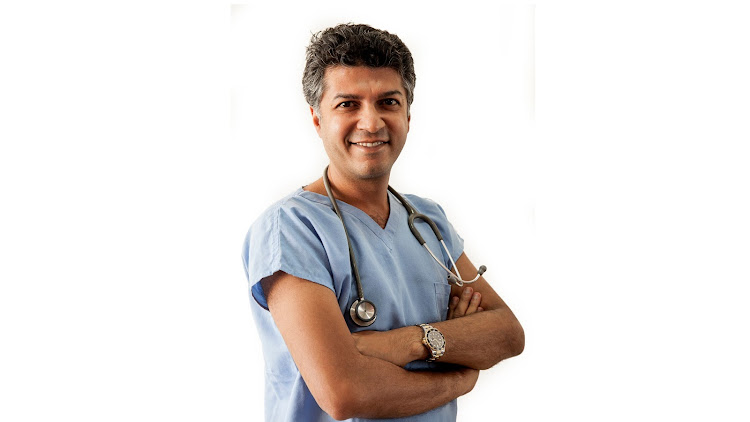 In the next financial year starting July 1, National Treasury CS Ukuru Yatani has allocated Sh121.1 billion towards health, up from Sh111.7 billion in the current financial year ending June 30.

However, the rich in the country are spending millions on private hospitals which an ordinary person can only access through fundraising.

To many, the big, white building with distinctive blue-tinted glass windows, off United Nations Crescent, in Gigiri, Nairobi, may look like just another diplomatic station.

With a compound of its own, and a constant stream of big luxury cars, there is no much to make out of the establishment.

But this is a business premise housing Cenegenics Kenya–a health care establishment for the well-to-do in society.

Just to get registered with the clinic, a client parts with Sh300, 000.

“Our clients are CEOs, MDs, businessmen and women–basically rich people who seldom have time to worry about their health,” says Ally Manji, Director at Cenegenics Kenya.

The establishment has so far signed up 47 clients.

"Our bodies begin to change over time. High-stress levels can lead to restless sleep, energy may fade faster than before, and concentration on tasks at hand become challenging. Slow, steady weight gain compounds over few years or decades," he adds.

The company began operations in Nairobi in September 2019. It is affiliated to its parent company, Cenegenics Global, headquartered in Las Vegas, US.

“Our partnership with Cenegenics Global was based on their achievements over the 23 years they had been in existence,” Ally says.

The business is premised on the understanding that the average (wealthy) persons tend to let go of personal self-care as they age.

And society generally accepts age-related changes; perhaps convinced that nothing can be done to slow down and greatly reduce the effects of aging.

In 2013, a team of scientists conducted a meta-analysis of hundreds of research on different aspects of aging.

Their findings are published in the journal ‘Cell’, titled The Hallmarks of Aging.

As people age, the team found out that telomeres (tips of DNA) shorten, they go through cell exhaustion, people experience imbalanced metabolism and the cells of the body communicate inefficiently.

As a result, the body becomes more susceptible to diseases and generally slows down of one’s life experiences.

Cenegenics Kenya has invested in modern equipment as part of its investment in Kenya.

“What Cenegenics is offering is treatment and health management to slow the effects of aging so that one ages with vitality and thereby increasing their quality of life as well as their ability to overcome illnesses that would otherwise be life-threatening at old age,” he adds.

“We track the patient from the time they sign up. We perform comprehensive blood tests. We take scans of their bodies for plaque, abnormal masses, body fat content, and heart function. We also perform tests for physical wellbeing and neuro-cognitive ability,” Pancholi explained.

Medical science has shown that with the right nutrition, exercise, balanced hormones, and a lifestyle that promotes cell rejuvenation the ageing process can be incredibly be slowed, notes Pancholi.

The company boasts a client portfolio of over 35, 000 patients around the world.