The taxman is expected to collect Sh1.78 trillion despite pandemic.

•KRA has previously struggled to meet its targets.

‍•The Covid-19 pandemic has worsened the situation as key sectors of the economy continue to take the hit. 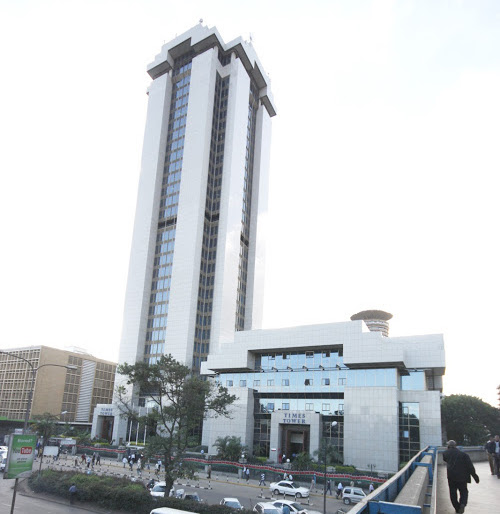 Kenya Revenue Authority faces a monumental task in meeting its revenue collection targets for the next financial year, even as it closes the current financial year with a projected shortfall.

This is on the effects of the Covid-19 pandemic, which negatively impacts the economy, after pushing growth to a 0.6 per cent last year.

While KRA has been reporting higher monthly collections for the past five months, above its targets, it has still fallen behind the Sh1.63 trillion target set by the National Treasury as of April.

The taxman collected Sh176.7 billion in April against a target of Sh170.2 billion, a performance rate of 103.8 per cent, it said in a statement in May.

This is against a target of Sh1.466 trillion resulting in a shortfall of Sh45 billion for the period ending April 30, 2021.

The gap into the end of the financial year stood at more than Sh250 billion and with less than two weeks to June 30, KRA is expected to bring in a sizeable amount.

In his the 2021/22 budget statement, Yatani said the execution of the budget for the current financial year has progressed well albeit with revenue underperformance and elevated expenditures associated with the adverse impact of the Covid-19 pandemic.

“The shortfalls in revenues reflect the weaker business environment and the impact of containment measures adopted in March 2020 following the outbreak of the pandemic,” he said.

The government then responded to the pandemic by among others, implementing tax reliefs measures in April 2020, which saw about Sh172 billion in taxes forfeited.

These measures resulted in a reduced collection of revenues adversely impacting the implementation of the budget, Yatani noted, which led to the reversal of some of the relief measures in January resulting in improvement in revenue collection.

However, in March 2021, containment measures were re-introduced due to the third wave of the Covid-19 which affected businesses, impacting revenue collection.

Going into the 2021/22 financial year, starting July 1, Yatani has set a higher target for the taxman at Sh1.78 trillion, hoping the economy will rebound, projected at 6.3 per cent and 6.1 per cent in the medium.

Total revenue including A-I-A and grants for the next financial year's budget is projected at Sh2.1 trillion, equivalent to 17.0 per cent of GDP.

The deficit in the Sh3.6 trillion will be funded through borrowing, both internally and externally, even as Treasury mulls reducing the fiscal deficit.

To meet its target, KRA is expected to collect Sh835 billion as income tax, which accounts for approximately 50 per cent of tax revenue, projected to increase by Sh102 billion.

On the other hand, VAT is projected at Sh473 billion, excise duty at Sh241 billion and import duty at Sh119 billion.

The taxman is expected to instil tax enhancement measures such as strengthening the audit function in the domestic tax department, enhance scanning at borders, resolution of tax disputes through alternative mechanisms and fast tracking the conclusion of cases before the Tax Appeal Tribunal.

The Budget and Appropriation Committee has however cautioned that though the revenue projections appear to be conservative and have complied with the IMF benchmark, it should be noted that the expected revenue performance is based on sustained economic recovery.

“Should the risks to the growth outlook materialise(including Covid-19 effects), it may lead to a significantly lower-than-projected tax revenue collection,” the Kanini Kega led committee notes in its report on the estimates and revenue expenditure for 2021/22.

In the next financial year, recurrent expenditure is set at Sh2 trillion while  development expenditures including foreign financed projects, allocation to Contingencies Fund and conditional transfers to County Governments are projected at Sh669.6 billion.

"I have initiated a process of developing a National Tax Policy Framework that will not only enhance administrative efficiency of the tax system but provide consistency and certainty in tax legislation and management of tax expenditure," Yatani said.

Yatani imposes a 20 per cent excise duty on betting,
Business
1 month ago