According to the Clean Cooking Association of Kenya, fuels such as LPG have high taxes eating into the energy sector and this could be saved by using clean energy 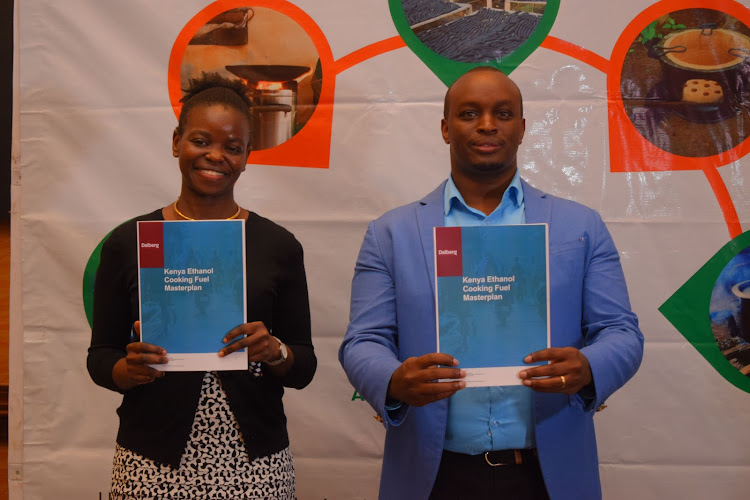 Kenya's government could save upto 2.5 billion if it ramps its clean energy production, a new report has shown.

The government will be able to save as it will reduce reliance on imports by reducing the import bill.

The continued dependence on polluting fuels, defined by those that release pollutants when burnt such as charcoal, firewood, and kerosene, pose serious health, environmental, and socio-economic costs for Kenya.

According to the Clean Cooking Association of Kenya, fuels such as LPG have high taxes eating into the energy sector and this could be saved by using clean energy.

The masterplan notes that clean modern cooking fuels are gaining traction, and new suppliers are working with the government to overcome consumer awareness, affordability, and accessibility barriers.

“With more than 21,500 Kenyan deaths each year as a result of dirty cooking, the need for affordable clean alternatives for all Kenyans has never been more pressing,” said David Njugi, CEO of the Clean Cooking Association of Kenya (CCAK).

The Masterplan – which focuses on Kenya’s potential to grow both cassava and sugarcane feed stock production also makes targeted recommendations on policy measures that will support the industry’s development.

While the Ethanol Cooking Fuels(ECF) have shown great effect on the environment and economy, the masterplan notes that the VAT and import duty charged on ethanol  reduces its cost competitiveness.

The report therefore recommends zero-rating VAT and short-term zero-rating of 25 per cent import duty on ECF to level the playing field with LPG and kerosene and stimulate demand.

All of Kenya’s ethanol is made from molasses, a by-product of sugar production, making the ethanol industry entirely dependent on the sugar sector.

“With consumer demand for this new fuel already growing fast, the launch of this masterplan will have a significant socio-economic impact for the country in major sectors, while also contributing to Vision 2030 and the Government’s Big Four Agenda,” said Njugi.

Growth in the clean energy sector has the potential to spur the creation of over 370,000 of rural jobs and major investment into the Kenyan sugar industry.

“With so many sectors of our economy struggling in the wake of the pandemic, the launch of this Masterplan is a timely boost to the clean cooking sector and the country at large,” said Edna Odhiambo, Country Engagement Lead at SouthSouthNorth, the organisation which managed the Masterplan development

Odhiambo notes that the role of the green economy in Kenya's recovery will be significant, and that the Government is eager to continue working with the private sector to see the huge economic potential of bioethanol production come to fruition in Kenya.

The clean cooking sector is an essential part of Kenya’s continued socio-economic growth, contributing towards the achievement of Kenya's international commitments on clean energy and climate change, such as the UN’s Sustainable Energy for All Initiative and Kenya’s pledges under the Paris Agreement on climate change.

Post a comment
WATCH: The latest videos from the Star
by SUSAN NYAWIRA Business Reporter and Journalist
Kenya
04 June 2021 - 04:00
Read The E-Paper