EAC to set up hotline to tackle border challenges 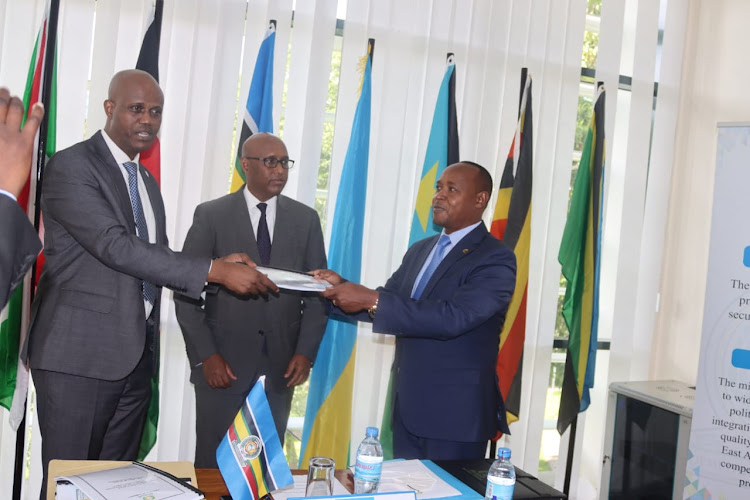 The East African Community (EAC) plans  to sett up a ' trade hotline' to address cargo delays at the common borders.

The platform, according to the EAC secretariat will allow cross-border traders to register complaints and get prompt feedback.

Lack of harmonised systems at the borders has been blamed for hampering smooth movement of goods, services and persons, leading to an increase in illicit trade which is denying member states billions in taxes.

Despite the region investing in One-Stop-Border-Posts (OSBPs) with 13 currently operational, the different approach in handling Covid-19 tests, clearance of goods and movement of persons is hampering trade, the East African Business Council (EABC) warns.

The Kenyan–Uganda borders of Malaba and Busia are among OSBPs that have witnessed prolonged delays in the wake of the pandemic, a move that led to increased freight costs.

Pre-Covid, truck turn-around time between Mombasa and Kampala was averaging seven days, which went up to an average 14-20 days as a result of border delays.

The border delays are affecting intra-EAC trade which is at a low of 13 per cent, compared to common markets such as the EU which is at 67 per cent.

During a tour of the Namanga OSBP on the Kenyan–Tanzania border, the newly appointed EAC Secretary General, Peter Mathuki said the hotline is one among many measures being explored to resolve persistent Non-Tariff Barriers (NTBs) and reduce time spent in the movement of goods and persons.

Clearance of trucks at the Namanga border was reported to have improved after the meeting between Kenya's President Uhuru Kenyatta and Tanzania's Samia Suluhu, who agreed to address barriers and promote trade between the two countries.

This week, EABC called for the harmonisation of taxes and charges across the region and reduction of weigh bridge costs and punitive fines imposed across borders.

Removal of both tariff and Non-Tariff Barriers (NTBs) is expected to drive intra-regional trade to at least 30 per cent in the short-term, with Mathuki targeting to have it grow to over 50 per cent by the end of his five–year tenure.

NTBs generally include laws, regulations and administrative and technical requirements (other than tariffs) imposed by a partner state, whose effect is to impede trade.

Tariff on the other hand is a tax or duty paid or charged on a particular class of imports or exports.

Post a comment
WATCH: The latest videos from the Star
by MARTIN MWITA Business Writer
Kenya
13 May 2021 - 16:00
Read The E-Paper