Uproar over foreign jobs amid calls for disbandment of NEA

The authority is said to sabotage youths from taking up jobs abroad.

•More than 500,000 youths are said to have failed to travel to the Middle East despite securing employment contracts and visas.

•This comes as the country continues to witness massive job losses occasioned by the Covid-19 pandemic. 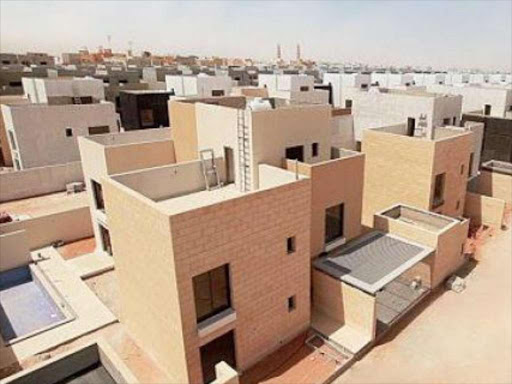 This is mainly on Kenyans seeking domestic work in the Middle East.

It is also tasked with increasing access to employment by the youth, minorities and marginalised groups and for connected purposes.

However, the leadership of the institution is now being blamed for diverting from its mandate, and instead, it is said to be frustrating job seekers.

This includes blocking over 500,000 youths from traveling to the Middle East despite securing employment contracts and visas.

For the past five days, there has been an uproar with calls for the disbandment of NEA and resignation or removal from office of NEA officials, led by its acting director-general Edith Okoki.

George Bush, secretary of the Consortium of Youth Serving Organisation.

The agency leadership is also accused of approving “shoddy contracts” that have exposed Kenyan migrant workers to mistreatment, with a number of fatal cases in Middle East countries.

An existing Bilateral Labour Agreement (BLA) with Saudi Arabia that was due for review in 2019 is also yet to be reviewed, recruiting agents say, despite the Saudi government's willingness to corporate.

NEA is also said to be accrediting foreign companies especially those owned by Arabs, which is creating conflict of interest and exposes Kenyan migrant workers in Saudi Arabia to poor working conditions, claims that Akoki has denied before.

There is also a reported insurgence of foreign firms operating in the country without proper documentation.

Majority of these companies are being run by individuals from the Arab sates mainly Saudi Arabia, Oman, United Arab Emirates and Qatar.

Okoki however says such cases have been forwarded to the police, urging the local recruiting agencies to report any firm or individual that is operating illegally in the country.

“We have told them they bring us the cases. We have no way of knowing unless somebody brings the people to us,” Okoki told the Star in a past telephone interview.

While President Uhuru Kenyatta has been championing youth welfare through job creation, NEA has “become a curse rather than a blessing to Kenyan youth”, the Consortium of Youth Serving Organisation says.

The alleged sabotage comes at a time when the country has witnessed massive job losses occasioned by the Covid-19 pandemic, with private sector data showing more than 5.9 million jobs have been lost.

“The current unemployment crisis has affected many families and youth who are becoming increasingly hopeless and despondent,” said George Bush, secretary of the Consortium of Youth Serving Organisation.

National Coordinator John Wamagata said: “We call for the resignation or removal of NEA director general or disbandment of NEA, or appointment of a competent and capable DG who can fully champion and implement NEA mandate as envisaged by the NEA Act.”

The youth have also called on the government to transfer all pre-depature training to the Youth Enterprise Development Fund, saying NEA and the National Industrial Training Authority (NITA) are using the trainings for personal gains.

on January 13, NITA wrote homecare management training providers on the new requirements which scrap the traditional pre-departure orientation of 14 days, introducing a training of between 21 and 30 days, at a fee of between Sh8,000 and Sh25,000.

“Training should be carried out in the approved venues and only approved resource persons by NITA are allowed to facilitate the training. NITA and NEA officers will carry out periodic monitoring and quality assurance throughout the training,” NITA director general says in the letter.

This, even as it moved to cut training schools from 64 to 17, reducing the country’s capacity to prepare the job seekers for departure.

Currently, available institutions can accommodate about 2,024 persons, against a monthly target of 12,000 a month, based on the market demand.

The number of stable labour migration markets are also said to have reduced to two–Qatar and Saudi, with Kenyans missing out opportunities in Jordan, Bahrain, Kuwait, Dubai-UAE, Oman and Lebanon.

“Labour migration remains one of the means through which Kenya can mitigate unemployment by utilising and exploiting existing bilateral labour agreements and global markets,” Wamagata notes.

In January, Labour CS Simon Chelugui said more than 300 private companies were registered last year to place Kenyans in jobs abroad after they were subjected to vetting.

“We vetted and registered 302 private employment agencies to recruit Kenyans to the labour market abroad,” the CS said.

While he noted an increase in demand for labour abroad, the new curriculum introduced by the National Industrial Training Authority (NITA) is proving to be an uphill task for the majority of unskilled Kenyans, mainly those seeking house helps jobs abroad.

A Mombasa family says their daughter is tortured,enslaved in Saudi Arabia.
News
8 months ago
Why job-seekers flock to Middle East despite horror stories
by MARTIN MWITA Business Writer
Kenya
10 May 2021 - 04:00