The two countries have signed a number of agreements to boost trade and investment.

•The businessmen now hope the deals will lead to increased business for them at the Port of Mombasa.

•There are about 100 Congolese businesspeople operating at the Port of Mombasa. 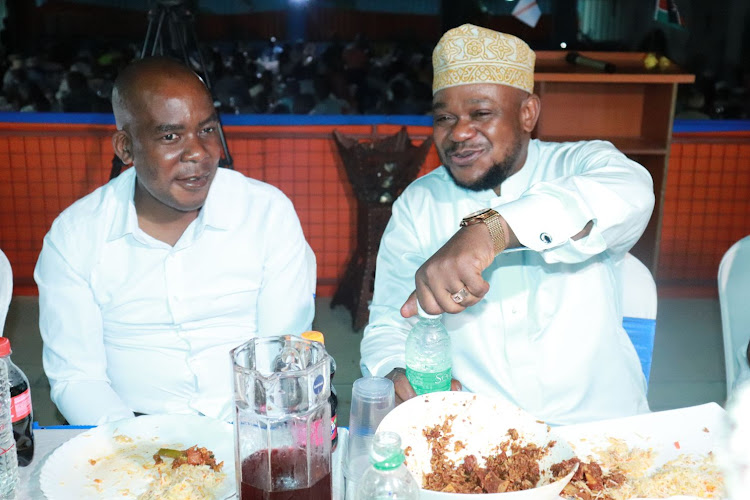 Congolese businessmen in Mombasa have welcomed the trade, transport, and security deals signed between Kenya and the DRC.

This was during recent President Uhuru Kenyatta’s three-day visit to the Central African country.

After a bilateral meeting between President Uhuru Kenyatta and his host Felix Tshisekedi, the two countries signed a deal that grants DRC certain privileges for using Kenyan facilities, mainly the Port of Mombasa.

Kenya also offered to open diplomatic outposts in Goma and Lubumbashi in eastern DRC in what President Kenyatta said would ease consular services for traders.

The businessmen now hope the deals will lead to increased business for them at the Port of Mombasa, which they have been using to import and export cargo for over three decades.

DRC accounts for 7.2 per cent of transit cargo through the Port of Mombasa.

Kenya’s trade volumes with the DRC are valued at about Sh14 billion, with the majority of the goods being channelled through Eastern Congo.

There are about 100 Congolese businesspeople operating at the Port of Mombasa.

Mombasa Congolese Port Users’ spokesperson Kambale Mukokoma noted a number of trade barriers hindering business growth, among them being increased taxes, security of their cargo along the Northern Corridor and bureaucracy at the port.

“These are some of the challenges that overwhelmed us in 2019 and made us consider shifting base from Mombasa to the Port of Dar es Salaam,” said Mukokoma.

He spoke during an Iftar dinner hosted for religious leaders and the Congolese business community at the Iyale Miritini School in Jomvu, by the area MP Badi Twalib.

Mukokoma said only the intervention of the MP stopped them from shifting base.Twalib said Congolese businesses in Mombasa have helped provide employment to locals.

He called on the government to speed up the processes of easing the trade barriers that affect the two countries trade.

“This will increase socio-economic ties between the two countries and the people herein,” said Twalib.

Mukokoma said free movement of traders between Kenya and the DRC will significantly help increase business between the two countries.

“We pray that this agenda between DRC and Kenya, especially in the DRC joining the East African Community, be hastened so that we start reaping the fruits,” said Mukokoma, “This will be a win-win cooperation."