Tusky's banks on discount sale to recover amid debts

The clearance sale will feature a selection of household, furniture and clothing items 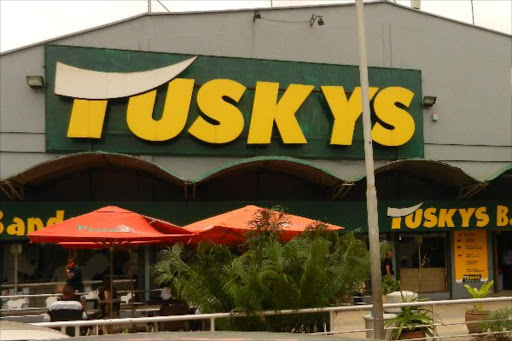 Cash strapped Tuskys Supermarket has planned an up to 90 per cent discount sale starting tomorrow  at its flagship T-Mall branch in Nairobi. in what is seen as an exit strategy.

While the management insists that it is clearing idle stock to focus on fast moving goods in a recovery plan that will see it resuscitate nine branches in Nairobi in next 14 days, others see it as an exit strategy.

The once dominant retailer has closed most of its branches across the country and recently revealed that it has Sh41.6 million in its only bank account, even as it fights off at least 26 cases filed by creditors seeking billions in dues dating as far back as 2016.

In a statement, the retailer said the clearance sale will feature a selection of household, furniture and clothing items and will be hosted in strict compliance with Covid-19 protocols

According to Tusker Mattresses interim chief executive officer Chadwick Okumu, the sale to be staged at the T-Mall Parking Silo would provide an opportunity to generate the much-needed working capital to accelerate the firm’s recovery plans.

''Proceeds will be ploughed back into the business to finance fast-moving lines in all active branches as a means of growing footfall further by expanding  Fast Moving Consumer Goods (FMCG) product ranges and subsequently enhancing customer satisfaction,'' Okumu said.

The recovery plan, Okumu said, has seen the retailer nurse to life nine key branches in Nairobi, Machakos, Kajiado, Narok and Mombasa, with gradual but consistent growth in sales revenue being recorded over the last three months.

The firm is also counting on the discounted sale to  provide an opportunity for bargain hunters to acquire quality retail items at rock bottom price.

During this weekend’s sale, Okumu explained that the firm would maintain a cash lite sales option with all payments to be settled via M-Pesa.

The discount sale is a the latest recovery effort by the retailer after a Sh2 billion capital injection from a Mauritius investor ended up in settling debts.

It revealed details about the funding  after paying  suppliers Sh2.7 billion in June last year  after the intervention of the Competition Authority of Kenya (CAK), which has placed it under its watch list for defaulting on suppliers.

Tuskys owes suppliers a total of Sh6.2 billion and had agreed to pay 40 per cent of the amount (Sh2.4 billion) over two years.

Trouble at Tuskys Supermarket came to the fore in February last year  when the company announced a restructuring programme that saw it sack several employees citing a difficult operating environment and poor performance.

Its financial problems are similar to that of  now collapsed mega retailer Nakumatt, which in 2018  entered into a voluntary administration to protect itself from creditors who were demanding repayment of debts amounting to close to Sh35 billion.

Creditors voted to liquidate it in January last year.