•According to the retailer, it is committed to working with its suppliers through mutually beneficial relationships.

•Intends to appeal the decision by the Competition Tribunal which ruled it amends all its contracts with suppliers within 30 days. 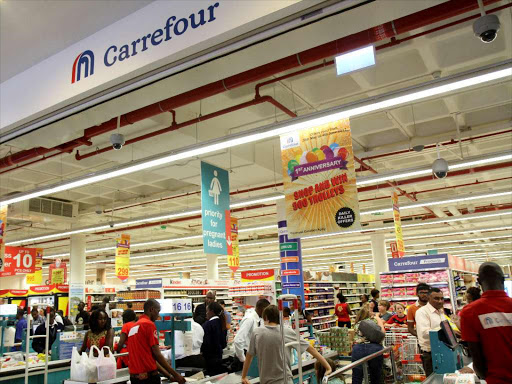 French-based retailer Carrefour is dissatisfied with directives by the country’s competition watchdog, which could alter its business operations in Kenya.

Last Tuesday, it was ordered to amend all its contracts with suppliers within 30 days,  to expunging all “offending provisions” specifically clauses providing for abuse of power.

The retailer lost an appeal at the Competition Tribunal, where CAK and a supplier, Orchards Limited, were respondents.

Contracts to be amended include application of listing fees (paid by suppliers before securing a deal), rebates, transfer of commercial risk to suppliers, and unilateral delisting of suppliers.

Orchards Limited moved to the competition watchdog claiming overexploitation by Majid Al Futtaim Hypermarkets Limited (which trades in Kenya as Carrefour), accusing it of pushing anti-competitive pricing to boost sales and increase its market share.

The complaint by the supplier was aimed at blackmailing the retailer even as it remains a reputable firm serving many Kenyans, providing employment to many Kenyans and positively impacting the Kenyan economy

It was accused of allegedly forcing huge discounts on products which it ends cashing in on, while it passes little benefits to buyers.

Orchards were further asked for free samples which the retailer went ahead to sell. The firm was also asked to deliver a fridge at a Carrefour store with a promise that the retailer would then order products.

Seven months later, the orders were not forthcoming and the firm was asked to pick up its fridge.

Suppliers are also required to pay Sh50,000 as a listing fee for every product supplied and post their own staff at its outlets at their expense.

The retailer was ordered to refund Orchards Limited in a botched supply deal of yoghurt, even as it amends all its contracts with suppliers.

“Carrefour intends to appeal to the High Court,” Carrefour management (Kenya) said in an email to The Star.

It said the retailer remains committed to working with its suppliers through mutually beneficial relationships, “prioritising the local supply chain and working together to offer the best value for customers.”

Carrefour had protested the decision by CAK which it said was contrary to several statutory provisions including the Competition Act, and the Statutory Instruments Act, 2013 and the Fair Administration Action Act, 2015, noting violation of its constitutional rights to fair administrative action and fair hearing guaranteed under Articles 47 and 50 (1) of the constitution.

Through its advocates, Messrs Anjarwalla & Khanna, Carrefour  argued that there was neither proof that it possessed buyer power nor  it had abused the same.

Buyer power refers to the influence exerted by a business over a weaker trading partner in the upstream market with the intention of securing more favourable terms at the other party’s expense, and which would not be possible in a competitive market.

The Competition Act does not make it a contravention to possess buyer power, but it is illegal to abuse that position where it exists.

Carrefour argued that CAK failed to follow due process in the investigation lading to its findings.

The authority also relied on draft buyer power guidelines and practices from other jurisdictions, which it said had no force of law in Kenya, an argument it could consider in its appeal.

“The complaint by the supplier was aimed at blackmailing the retailer even as it remains a reputable firm serving many Kenyans, providing employment to many Kenyans and positively impacting the Kenyan economy,” it had told the Tribunal.

There was no evidence submitted to the retailer to prove that the appellant had buyer power, had refused to receive goods, had unilaterally delisted the supplier, and had applied non-justifiable rebates, it says.

Carrefour has been on an aggressive expansion plan in Kenya, a time when local retailers have struggled with some closing down.

CAK has since noted a "persistent problem of abuse of buyer power" in the retail sector, where some major players have had unresolved payments with suppliers.

“The authority is of the opinion that this ruling will go further to provide suppliers in this sector with a credible position to negotiate for better terms with buyers, thereby ensuring continued supply of goods and services to the ultimate benefit of consumers,” said Priscilla Njako, manager, buyer power department.