•There has been occasions of predicted jump in fuel prices that have led to commodity hoarding and panic refueling, which the regulator is keen to curb.

•The move is also likely to gag the media from reporting any form of fuel pricing before the official announcement. 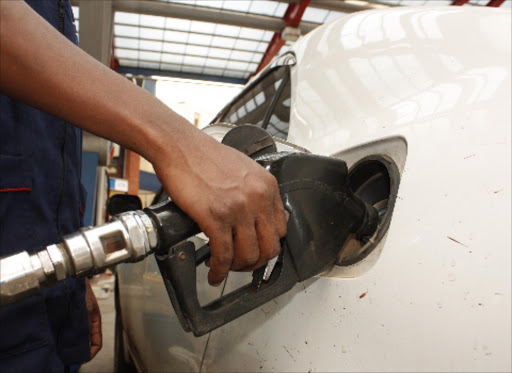 Leaking fuel prices before the official announcement will be an offence if the law is amended.

The Energy and Petroleum Regulatory Authority is specifically targeting those with direct knowledge of the pricing of petroleum product who disclose these before they are made official.

This comes in the wake of widely shared projections on the pump prices days before the regulator makes its monthly reviews, a move that has triggered panic buying and protest from the public.

EPRA's public participation on the proposed regulations concluded with a major forum in Nairobi in February seeks to curb price predictions under the regulations set to be tabled in Parliament.

The move is also likely to gag the media from using the information in reporting any form of fuel pricing before the official release.

Under the draft gazetted by mining and petroleum Cabinet Secretary John Munyes, a person who disclose prices of petroleum products set under the regulations, prior to the date such prices are to be announced by the authority (EPRA), commits an offence.

The proposed regulations also sets room for the Cabinet Secretary to determine prices under emergency situations.

“ Where the Cabinet Secretary in charge of Petroleum, by notice in the Gazette, declares an emergency causing a major disruption in supply of petroleum in accordance with the regulations governing petroleum strategic stocks, he may direct licensed oil marketing companies to draw from strategic stocks,” the draft reads.

“A person convicted of the offense shall be liable to a fine not exceeding Sh100,000,” part IV – General Provisions, sub-section 10(1)– “non-disclosure of price before publication," reads in part.

The regulator announces monthly prices every 14th day of the month, with new pump prices taking effect on the mid-night of the same day.

In February, the country, mainly Nairobi witnessed a wave of panic refueling by motorists, two days before EPRA announced its mid-February price review.

This was after it was projected prices would increase by Sh8.70 for a litre of petrol, Sh7.30 for diesel and Sh5.40 for kerosene, a move that also saw hoarding of petroleum products as retailers waited to cash-in on new prices.

In its recommended retail pump prices for the February 15–March 14 set prices, EPRA indeed announced an increase of Sh8.19, Sh5.51 and Sh5.32 for super petrol, diesel and kerosene, respectively.

Last week, sources at EPRA had hinted that the price of a litre of petrol would go up by at least Sh6, which would have pushed the average price to at least Sh128.87.

A litre of diesel was expected to rise to Sh114.56 from Sh107.66, almost a Sh7 jump while that of Kerosene, used mostly by rural and informal settlement households for lighting and cooking, had been predicted to trade past Sh100 from Sh97.85.

However, EPRA retained the pump prices despite increased landing cost of the three key products and a jump in global crude oil prices, in an attempt by the government to stabilise prices in the wake of a public outcry and difficult economic times due to the Covid-19 pandemic.

The Motorists Association of Kenya (MAK) has since called for an end to price controls, calling for a return to a free market.

The purchase price for the strategic stocks shall be a price calculated and determined by the EPRA.

It has set punitive fines for default or contravention of the provisions of the regulations, which if passed, will catch up with rogue players in the mid and downstream of the country's oil and gas industry.

This includes the competitive edge by the big players who enjoy bulk importation and storage, with their widespread franchises allowing them to secure expansion and operational approvals easily.

Under the proposed regulations, a retailer must prove they can sale at least 200,000 litres of fuel per month for them to be licensed.

“What happens to small traders who want to operate in the village?,” the Kenya Independent Petroleum Distributors Association (KIPEDA) chairman Joseph Karanja posed, noting that most retailers in remote areas sale between 60,000 and 120,000 litres a month, hence would be locked out of doing business.

EPRA acting director-general Daniel Kiptoo said the regulator's mandate is to balance the interests of the investors and the consumers.

“There are players that feel we want to squeeze them out of the market but the truth is, we are actually trying to create a level playing field,” he said during the forum.