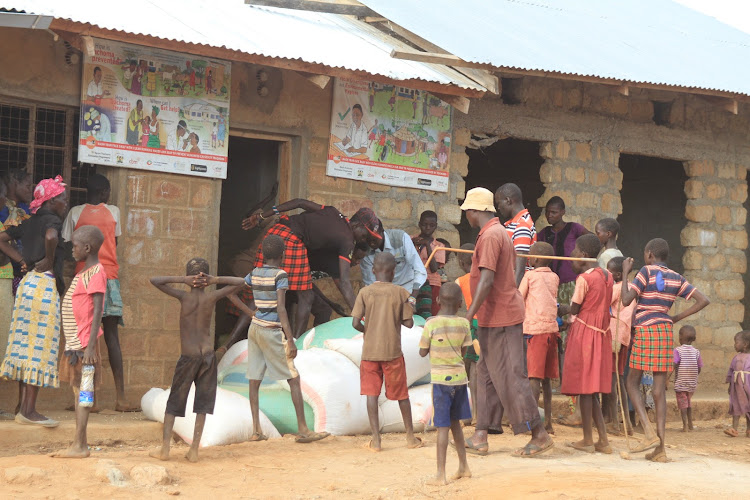 More than  half of families in Kenya cannot afford basic needs due to the  impact of Covid-19, according to a report by the Consortium of Research on Governance (CORG).

The report dubbed 'Economic impact of Covid-19 Mitigation Measures on Mwannchi' released on Wednesday shows  74 per cent of households in the country are struggling to put food on the table.

The few who  can afford food, clothes and shelter are forced to adopt new coping mechanism to boost their consumption revenue or cut expenditure.

For instance, 38.2 per cent are working from home to cut on high transport cost arising from high fuel.  A litre of petrol currently retails at an average of Sh122.81

At least 21 per cent of breadwinners have been forced to look for side hustles to cope with social economic pressures of Covid-19 while 17.8 per cent of families are borrowing to put food on the table.

Most families have been forced to relocate to less costly houses while 5.7 per cent of city dwellers have retreated their native counties.

According to the report, 59.8 per cent of families skip meals to survive while 5.9 per cent are relying on aids and donations.  Less than three per cent have adopted other means while only 31.5 per cent comfortably affording food.

Most borrowers have stopped servicing loans, with the report indicating that 66.7 per cent  have skipped on their loan obligation.

This perhaps explains the rising rate of non performing loans in the country which  crossed 14 per cent mark in March despite banks restructuring  over Sh1.8 trillion worth of loans.

Almost 84 per cent of citizens in five zoned counties say the ongoing lockdown has negatively affected their businesses with 90.5 per cent saying the Covid-19 protocol has affected their social lives.

It is on this basis that the consortium is asking Uhuru's government to immediately  unlock counties and put to end the curfew that has been in place since March last year.

It also wants the government to implement the fiscal and monetary policy cognisant of every sector volatility, resilience and vulnerability.

Furthermore, the consortium wants financial institutions to give reasonable moratorium for borrowers currently struggling to survive.