Bears the brunt of ban on movement into and out of five-county zone and increased Curfew hours. 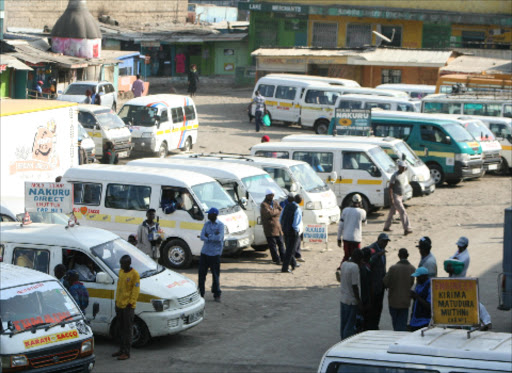 The third wave of the coronavirus has proved most devastating since the virus hit the country.

This has come at a time when Kenyans thought they had seen it all last year, only for the contagion to leave a bad taste in their mouths.

Soaring rate of infection and deaths forced the country into painful movement restrictions that include increased curfew hours for those in the capital and its environs.

President Uhuru Kenyatta also banned movement into and out of a five-county zone that covers Nairobi, Kiambu, Kajiado, Machakos and Nakuru, with these areas categorised as disease-infected given the high number of cases recorded.

The introduction of the measures to curb the spread of the highly contagious virus came as a big hit to the transport sector.

“It is hell on earth for our sector; we are losing hundreds of millions per day, it has become uneconomical to run a matatu,” said Simon Kimutai, chairman of the Matatu Owners'Association.

Kimutai added that despite the other 42 counties allowing movement, the five locked down counties are the major hubs of the economy, hence without them there is no business.

A spot check by the Star at the usually busy Tearoom Stage and Machakos Country Bus Station revealed very low activity, with many vehicles parked and the destination display boards placed on the ground and not atop vehicles as is the norm.

Dennis Okaka, a driver who plies the Nairobi-Kisumu route, put a sticker written Nakuru destination, and not Kisumu, on his board.

“I had to adapt to the current situation and change my route so as to be able to make something,” he said.

Okaka noted that the business is struggling but he is hopeful things will get better.

John Kamau, a driver on the Nyeri-Meru route, says he had to switch to the Nakuru route as it is currently the only accessible long distance route.

“Business is bad, we need the country to be opened,” he said.

Moses Kilonzo operates a shuttle to Namanga. He has now switched to Kajiado, which has low demand.

“I used to do two trips daily to Namanga, but now it has been reduced to Kajiado county because of the lockdown. Every day is different, but the route is not very busy,” Kilonzo said.

For people in Nairobi, transport is characterised by long queues at bus stations and hiked fares.

According to Kimutai, many matatus have been grounded as the current condition—social distancing and 8pm curfew—does not make their business viable.

“We are operating but we aren't getting any profits as most people are working from home,” said Njunge Maina, a tout on the Mlolongo route.

Long-distance shuttles such as Easy Coach and Mash Express are not operating currently because of the five-county lockdown.

“All our buses are grounded, but with the completion of KCSE exam, we are getting some orders to ferry some students, but this is just one way business, therefore not very profitable,” said Azzym Dossa, Easy Coach managing director.