Boost for Mombasa Port as Uganda affirms use

It accounts for 83.2 per cent of transit cargo through the Kenyan port

•The discussions included plans towards enhancing efficiency at the Port and the Northern Corridor. 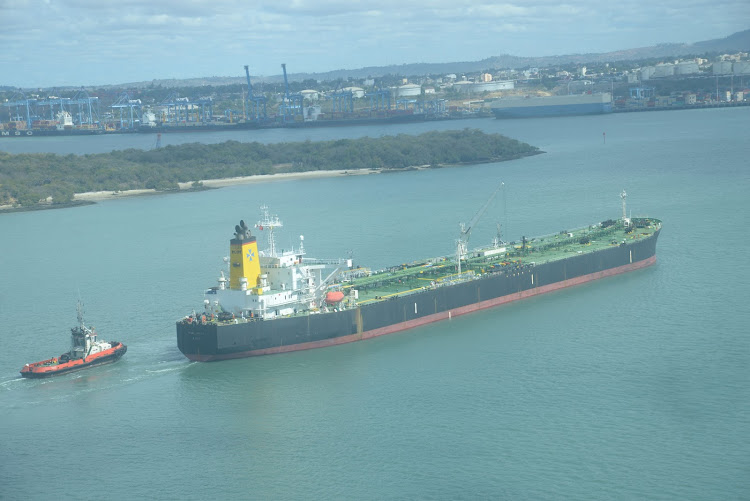 An oil tanker sailing into the Port of Mombasa/HANDOUT

Uganda has affirmed its continued use of the Port of Mombasa and commitment to enhancing infrastructure along the Northern Corridor, a boost to the Kenyan seaport.

While the landlocked country has the option to use neighbouring Dar es Salaam Port (Tanzania), through the region’s Central Corridor trade route, it has remained the biggest destination for transit cargo through Mombasa, which is connected to the hinterland via the Northern Corridor.

Uganda currently accounts for 83.2 per cent of transit cargo through the Kenyan port. South Sudan takes up 9.9 per cent while DR Congo, Tanzania and Rwanda account for 7.2 per cent, 3.2 per cent and 2.4 per cent respectively.

“Uganda government commends KPA for the port infrastructural improvements which have contributed to faster handling of cargo,” Mukumbya said.

He noted Uganda’s President Yoweri Museveni’s visits to have traditionally been marked with the spending of most of his time at the port, which signifies the importance of the facility in the bilateral relations of the two countries.

He noted the Kenyan government and KPA have also been responsive to issues raised by the Uganda business community.

Kenya also hosts Uganda Revenue Authority (URA) officials at the port of Mombasa, facilitating faster clearance of goods and exports for the country.

Rashid termed Uganda as a valuable customer saying KPA had opened a liaison office in Kampala, Uganda, for the importers and exporters in that country to be served better.

“The port has also extended its services to the Inland Container Depot Naivasha linked by the Standard Gauge Railway line and the Kenya government donated some land to Uganda as their cargo storage facility to reduce the cost of doing business,” he added.

In the same period, Ugandan cargo occupied an average share of 23.7 per cent of the total cargo throughput handled.

During the period, there was a steady growth in total transit traffic at an average of seven per cent compound annual growth rate.

Uganda maintained the biggest market share registering an average of 80.8 per cent throughout the period.

He said the upgrade of the Meter Gauge Railway (MGR) linking Kisumu to Naivasha SGR would further reduce the cost of doing business for the benefit of the consumer.