Dr. Ismail Ahmed, the founder and chairman has committed his own wealth

•The Sahamiye Foundation aims to double Somaliland’s literacy rate from 45 per cent to 90 per cent by 2023.

•It also aims to support over 100,000 people to develop technical and vocational skills for employment and entrepreneurship and invest in start-up accelerators. 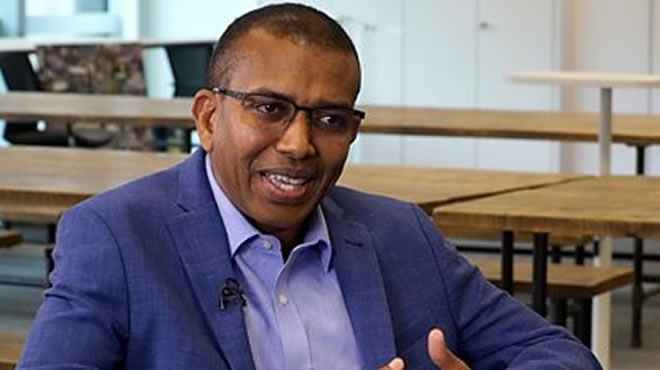 In 2010, Dr. Ismail Ahmed, the founder and chairman of WorldRemit, left Nairobi for London to venture into the world of entrepreneurship.

He had lost his job at the United Nations (UN) in Nairobi where he worked as an advisor on remittance programs in East Africa.

It was a dramatic exit. He blew the whistle on corruption on a remittance program in Somalia, a move that cost him his job and that later led to him receiving compensation of £200,000 (Sh 29.8 million) for unfair treatment by the UN.

With this capital, the entrepreneur founded WorldRemit and helped steer it to global success over the course of a decade.

In 2020, the company sent over 50 million customer payments worth approximately $10 billion (Sh 1 trillion) in total.

The company today has a presence in over 150 countries, including Kenya, where remittances hit a record Sh341 billion in 2020, according to theCentral Bank of Kenya (CBK).

Ahmed’s fortunes have grown in tandem with WorldRemit, and now, he is giving it away through the Sahamiye Foundation, which he recently launched in Hargeisa Somaliland.

Dr. Ahmed, who is originally from Somaliland, having fled in 1988 to escape conflict, said he will commit $500 million(Sh54.2 billion) of his own wealth to the foundation.

Somaliland is a self-declared sovereign state of 4.5 million people located in the Horn of Africa.

“Over the next ten years, my ambition is to be able to commit $500 million of my own wealth and investments to Somaliland-focused development programmes,” he said.

Based in London and Hargeisa, the foundation will initially focus on education, healthcare, and infrastructure.

The Sahamiye Foundation aims to double Somaliland’s literacy rate from 45 per cent to 90 per cent by 2023.

It also aims to support over 100,000 people to develope technical and vocational skills for employment and entrepreneurship; invest in start-up accelerators; and increase levels of health and financial literacy across the country’s population.

“When we launched WorldRemit in 2010, Somaliland was our first market. Since then, the market has flourished. Interest from international inward investors in Somaliland is increasing and we believe that there is now a real opportunity to help foster the potential for significant economic growth, in a way that benefits communities across the country,” said Ahmed.

The entrepreneur, who holds a PhD from the University of London and an MBA from LondonBusiness School, has also actively supported Somaliland’s response to Covid-19.

To date, he and the foundation have donated $1 million (Sh107.3 million) worth of PPE and COVID-19 laboratory testing equipment.

Over 450 global corridors have been repriced in the 'Black Friday' drive
Business
1 year ago
Post a comment
WATCH: The latest videos from the Star
by MARTIN MWITA Business Writer
Kenya
12 April 2021 - 04:00
Read The E-Paper