•The report notes that digital technologies present an opportunity to diversify African economies away from natural resources.

•Growth in Africa is now forecast to rise between 2.3 and 3.4 per cent in 2021, depending on the policies adopted by countries and the international community. 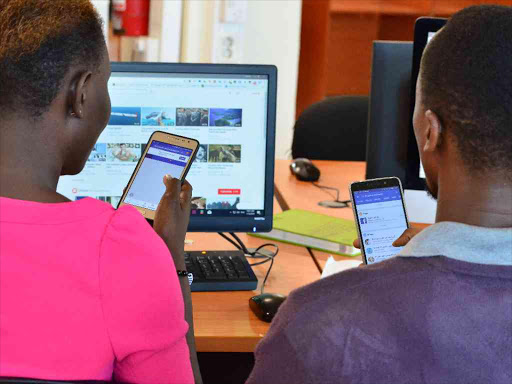 Workers use social media in the office

Policies that foster investments in innovation and digital technologies can help reset economic structures and facilitate Africa's catch-up with the rest of the world, according to World Bank’s biannual economic analysis for the region.

The report notes that digital technologies present an opportunity to diversify African economies away from natural resources, by helping alleviate the financial constraints faced by entrepreneurs.

Kenya for instance has emerged as an epicenter of financial technology boom in the region using inexpensive, accessible technologies to mobilize consumers in innovative ways—for instance, digital loans platform, Mshwari.

“Digital technologies are critical for addressing the region’s major development challenges, such as economic diversification, health, education, food security, and governance,” said the apex bank in the report dubbed the Future of Work in Africa: Emerging trends in digital technology adoption.

“I am convinced of the power of digital to transform the future of Africa, and we applaud countries that are already making necessary investments and innovative reforms,” said Hafez Ghanem, World Bank Vice President for Eastern and Southern Africa.

Business Pulse Surveys conducted in 18 countries in the region show that 22 percent of the firms reported starting or increasing use of the internet, social media, and digital platforms.

The intensity in the use of digital technologies was higher in financial and ICT services, as well as among larger and formal firms. The growth was particularly notable for e-commerce.

For instance, over time, a greater percentage of Kenyan firms adopted digital technologies in response to the pandemic (71 percent in September-October 2020, up from 47 percent in June-August 2020), especially among manufacturing firms and small firms.

Additional evidence shows that firms with higher technological levels prior to Covid -19 were more likely to increase digitalization in response to the pandemic and have greater sales and employment.

To harness the full potential of the digital technologies and to take advantage of the energy and ideas of a young, dynamic population, the report recommends that African governments, prioritise digital infrastructure, invest in science, technology, engineering and math skills and enhance the skills of workers to advance human capital.

Growth in Africa is now forecast to rise between 2.3 and 3.4 per cent in 2021, depending on the policies adopted by countries and the international community.

A second wave of Covid-19 infections is partly dragging down the 2021 growth projections, with daily infections about 40 per cent higher than during the first wave.