Gigiri and Karen were the best performing submarkets in Q1’2021 recording rental yields of 8.3 and 8.0 per cent 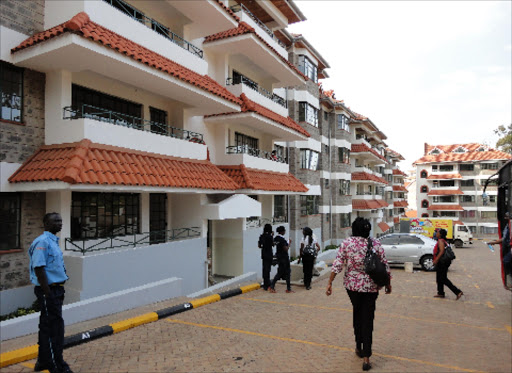 The residential sector in real estate has continued to record improved perfomance, as the retail and commercial spaces continues to record a decline, the Cytonn Q1’2021 markets review shows

According to the report, the residential sector recorded an improvement in performance with average total returns to investors coming in at 5.1 per cent year on year, up from 4.7 per cent recorded in FY’2020.

The land sector on the other hand recorded an overall annualized capital appreciation of 2.8 per cent, indicating that investors still consider land as a good investment asset in the long term.

The shift towards e-commerce due to the pandemic has been affecting the uptake of retail spaces.

According to the report, Gigiri and Karen were the best performing submarkets in Q1’2021 recording rental yields of 8.3 and 8.0 per cent, respectively attributed to their superior locations, availability of high quality office spaces charging prime rental prices, relatively good infrastructure, and low supply of commercial office spaces within the markets.

In the retail sector, Westlands and Karen were the best performing nodes recording average rental yields of 10.1 per cent compared to the overall market average of 7.4 per cent.

The performance is attributed to presence of affluent residents who have a high consumer purchasing power with the areas hosting high end income earners, the ease of access to the areas, and, relatively high occupancy rates of above 81.0 per cent against the market average of 74.9 per cent.

For the land sector, the satellite towns recorded the highest annual capital appreciation of 7.2 per cent, this is attributed to the affordability of land, continued focus on affordable housing and improving infrastructure opening up the areas for development.