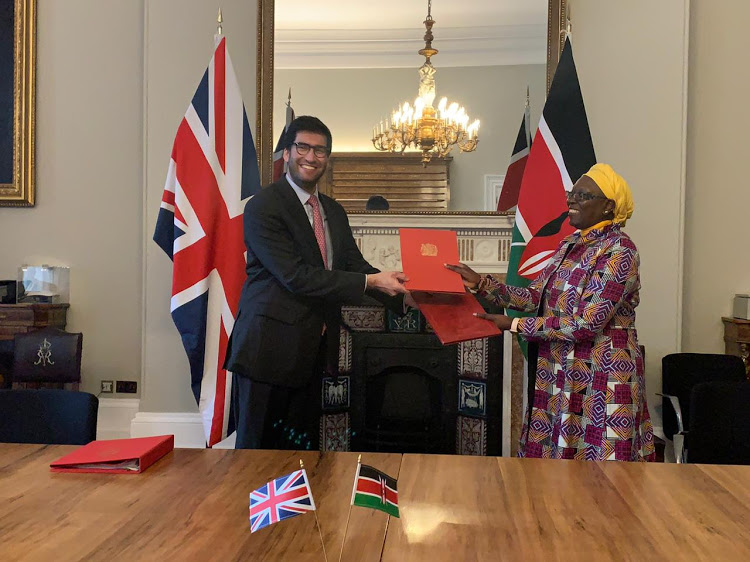 A diplomatic war between Kenya and the UK involving mutual bans on travellers because of Covid-19 could unsettle the new trade pact between the two countries.

The Economic Partnership Agreement (EPA) between the two countries is estimated at Sh200 billion per year.

Could current frosty relations unravel the accord? Some Kenyan farmers have sued to block it, calling the pact unfair and saying there was no public participation.

The deal already ratified by Parliaments of the two countries means Kenyan flowers and fresh vegetables will continue accessing the UK market on a duty-free, quota free basis.

The arrangement is similar to an earlier accord with the European Union.

The country will in return open up its markets for at least 25 years for UK businesses.

"While Covid cases have been rising in Kenya in recent times leading to the ongoing partial lockdown, the negative classification [Red Alert] by the UK is more than a health measure.

"Some factions in Kenya are opposed to the EPA and that might not sit well with the former colonial master," Dan Matemu, a regional trade expert, told the Star.

Last month, small farmers in Kenya sued to stop the trade deal, arguing the ratification process was flawed as no public participation was conducted by the Kenyan government

The farmers in the Kenya Small Scale Farmers Forum took issue with the agreement that allows an open market with heavily subsidised tariffs for the UK farm products like chicken, pigs and maize.

They said the deal has the potential to destroy local production of the  same products.

Other local traders said that the high cost of production in Kenya raises questions over unfair competition from cheaper imports from the UK. This issue already exists with Chinese imports that have flooded the Kenyan market.

Trade consultant Peter Muthee reads malice in the UK's statement on the air travel ban from Kenya, citing what it called a high rate of the  coronavirus South African variant in Kenya.

He said Kenya's Ministry of Foreign Affairs retaliated too hastily

The UK is a major market for Kenyan tea, coffee, flowers and fresh vegetables.

According to UK government data, the biggest imports to the UK from Kenya in 2019 were coffee and spices, with a market value of  £121 million (Sh3.15 billion), vegetables at £79 million (Sh11.9 billion) as well as live trees and plants, mostly flowers, for around £54 million (Sh8.1 billion).

The UK market accounts for 43 per cent of total exports of vegetables from Kenya as well as at least nine per cent of its cut flowers.