Macharia’s boldness is quite rare and admirable. But, he admits, leaving his well-paying job was a gamble 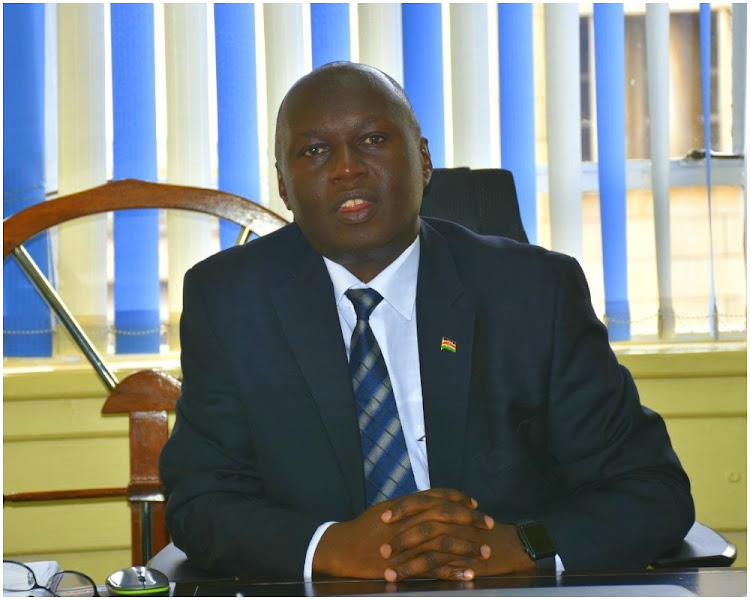 How often have you seen a middle-aged Kenyan retire early? Probably never. If it were in their power the average Kenyan might even extend the retirement age.

Why? Because a steady and assured income offers certain comforts that are just hard to forfeit.

In 2014, his employer, the National Bank of Kenya, had offered a voluntary retirement option for staff.

“I was serving the bank as Mt. Kenya regional manager – sitting in Nyeri – in charge of Business Banking,” he says.

“I remember taking a critical look at the option of early retirement and quickly making the decision to take it.”

Macharia was a performer. In fact, he says, when he confided in one of his seniors at the company, “he attempted to talk me out of it: he told me my career was on an upward trajectory and I would be making my worst mistake to leave.”

Indeed, there was a lot to consider. Macharia – as a manager – was earning a good salary. The job had other benefits like housing, medical cover, bonuses and even a company car.

He had however done his calculations and forecasted his ambitions and was thus confident in his decision.

Macharia’s aim was to be an entrepreneur. He had been nursing the ambition for a few years but had never quite made a move: procrastinating along the way as most people do.

He says: “When the voluntary early retirement package was floated, I told myself that I would grab the opportunity; leave to start my business.”

At the time of retiring Macharia had clocked over 23 years in the banking industry: his knowledge of the sector was rivaled by very few. No wonder one of his bosses wanted to entice him to stay.

Today, JCL – the business that Macharia was hunkering to start – has grown in leaps and bounds having served at least 25,000 clients since opening its doors to clients.

Macharia’s boldness is quite rare and admirable. But, he admits, leaving his well-paying job was a gamble. The gamble has paid off.

Here is exactly how Macharia managed to move JCL from a start-up to a vibrant creditor.

How old were you when you retired?

Why were you convinced that it was the right time to retire?

You see, the Voluntary retirement package was large enough to allow me to pay up liabilities I had and remain with some money to start a business.

Having been in the banking industry for over two decades, and having served in nearly every department in the bank – clerkship, sales, accounts, management, cash, and so on – I had known that for a startup to succeed the founder has to be young and ambitious.

At 44, I figured, I was running out of time. I told my boss I would rather move and set up business early as opposed to trying out when I am old and without drive.

When you are younger you can fail and pick up fast and move on compared to when you are old. Old age makes one risk-averse and thus unable to go into business.

Why did you choose this particular type of business?

I worked in all departments in the bank. My line of training, work experience and study, were all unique to credit.

It was a field I was very familiar with as opposed to starting a business – like a hotel or a supermarket for instance – where I had little to no knowledge of how things worked.

I have a bachelor’s degree in Marketing and a Masters in entrepreneurship. I had done over 100 short courses in banking. And I had several certifications – including CPA. Can you see why this was certainly the best option for me?

When I was head of business banking, I had been inspired by the clients I used to handle. I could see them borrow money and infuse it into their businesses and generate big profits. They gave me the belief that I could make it too if I were to go into business.

Where did you get capital to start?

After paying off my liabilities I remained with some money from the retirement package.

This is the initial capital injection. But it was little and I needed more. My immediate challenge was therefore to get more stock. Our stock is money. Getting a financier who can accommodate you especially if you are new in this industry is hard.

From scientific research, 99 per cent of businesses fail before three years. Very few financiers wanted to work with us. We had a very huge task of trying to convince them that we are worthy of their investment.

But we did manage to convince a few people to invest with us.

Tell us the idea behind JCL?

The idea was to provide credit for business customers. Having handled credit working for my employer I knew where gaps were and who would be my first clients.

Our target was (and you can see this in our name) to help small businesses build up their enterprises. These businesses often get denied access to finance by banks and other large financial corporates because they are considered high risk.

We started with micro-customers: people with boutiques and beauty shops and other small startups within the town.

We lent to businesses from Biashara Street all the way to Gikomba. We lent to Mama Mbongas and Mitumba sellers.

How has the business panned out over the six years it has been in operation?

We have grown a thousandfold.

Today, we are a non-deposit-taking Microfinance. We give loans and credit facilities to salaried customers and business people.

We deal more with businesses and want to take their ventures to the next level.

We have spread our wings and are now in Kenya’s cities and major towns like Kisumu, Mombasa, Eldoret, Nakuru, Nyeri and so on. We have also expanded to South Sudan and Tanzania.

Our flagship product is loaned on logbooks. We have gotten so good at this particular product that we process it in under one hour.

There is no bank that can disburse a facility within an hour – something that has endeared us to our clients.

Apart from loans on logbooks, we have a wider spread of products. We are currently doing bid bonds – which caters to contractors.

We also do import duty finance – for importers of goods into the country. We also have a container management solution: we pay duty for you to allow a certain number of items to be released – to allow you to make some money. Once you pay us back we release the rest of your goods.

Does this mean you have dropped Mama Mbogas and Mitumba people?

No. The only difference is that now we work with security. Gradually as the company grew, we started targeting secured facilities. The initial plan for micro-customers was quite staff-intensive. It was cumbersome.

So, for our own survival, we decided to only deal with secured loans so that we reduce the risk of default.

With secured facilities, the risks are low and manageable but the returns are not as high.

We are not rigid in any way. If you want a facility we talk with you and figure out how we can work with you. But the facility has to be secured.

Most recently, quick and short-term facilities have formed the bulk of our business.

How do you deal with competition?

Banks and Saccos are our biggest competitors. They have challenges though that we have capitalized on.

For Saccos, members don’t like that they are being lent their own money. For Banks, they have lower interest rates but their turnaround time is poor.

Overall, competition is healthy: it is good. It helps you stay alert and innovative. We have a research and development department that delivers monthly reports on the market trends to make sure that we are ahead of our competition.

In this day and age of ICT, how have you embraced technology?

Embracing technology has been part of our success. For instance, we are able to correspond with prospective clients using ICT tools – to the point that their physical presence is almost not warranted.

However, at some point the customer must come physically because it is a CBK requirement on KYC – know your customer policy. But the initial contact – and all processing – is done online.

Where do you see Jijenge in the future?

You know, before starting this company, I had experimented with friends and colleagues. I used to lend people Sh20,000, Sh30, 000 or even more. But it taught me that people need capital to grow.

Money is the medium through which businesses are transacted. Therefore, as long as we keep offering clients the best service, we will always be in business.

In about 20 years JCL will be at the level of a bank. Our fortunes look good. We have won several awards including Automotive Industry Excellence Awards in 2019 for giving clients the best logbook facilities.

Post a comment
WATCH: The latest videos from the Star
by VICTOR AMADALA Business Writer
Kenya
05 April 2021 - 04:00
Read The E-Paper