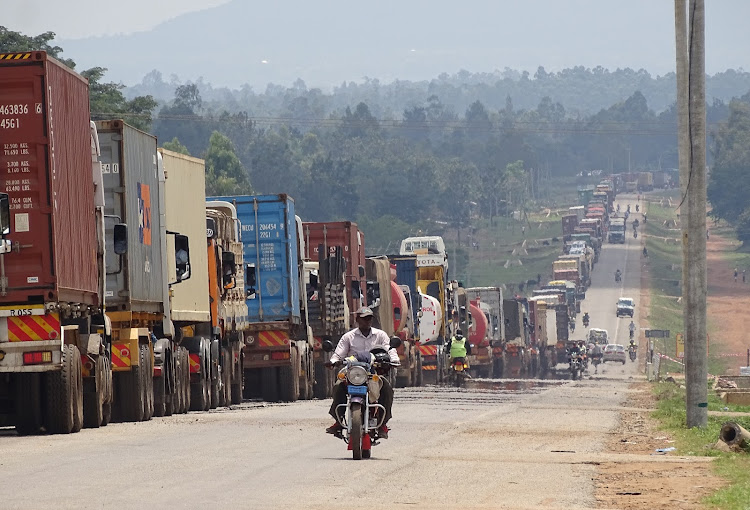 Kenya Transporters Association has raised concerns over the number of Kenyan trucks being set ablaze and drivers killed in South Sudan.

“We wish to advise transporters not to use the Yei – Juba road as there is no guaranteed security by the authorities,” said the Association in a statement.

The association has told its members to withdraw their services from South Sudan immediately until security is assured.

Those already en-route, we advise that you arrange with your clients to collect their goods at the Customers yard in Elegu Border

“Those already en-route, we advise that you arrange with your clients to collect their goods at the Customers yard in Elegu Border,” the association added.

The Juba-Nimule highway connects the capital of South Sudan to the border with Uganda, the main route Kenyan drivers use to ferry transit goods to South Sudan.

The highway is notorious for ambushes and illegal roadblocks by some of the militia groups in South Sudan.

The country returned to normalcy after seven years of war in February last year, following the formation of a transitional government of national unity.

However, some groups have refused to sign the peace deal, allowing continued sporadic attacks on civilians across the country.

South Sudan had turned a lucrative place for business that attracted businessmen from Ethiopia, Uganda, Eritrea, Kenya and DR Congo after signing of the Comprehensive Peace Agreement (CPA) in 2005.

This however has been dented by insecurity that cropped in South Sudan and led to attacks on foreign traders who were accused by locals of hijacking their businesses.