•It has also called for a reduction in fuel prices and stimulus package to support businesses. 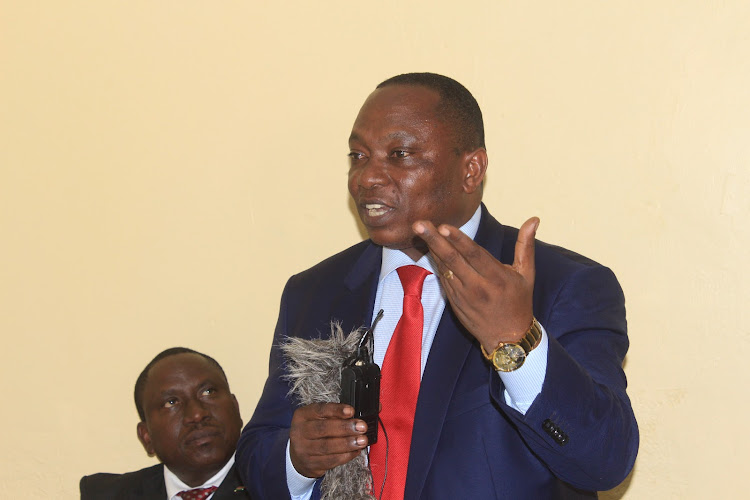 The Kenya National Chamber of Commerce and Industry (KNCCI) has called for revision of taxes, reduction of fuel prices and cushioning of businesses as the Covid-19 pandemic remains rife.

It wants Value Added Tax cut back to 14 per cent the rate in place for the better part of last year, after government in April extended a number of measures to cushion people from the effects of CovidD-19.

This ended in December with VAT reverting  to 16 per cent this January year.

Individuals earning less than Sh24,000 per month have however continued to be fully exempted (l00%) from Pay As You Earn (PAYE) tax.

High taxes should be revised, and the minimum tax should be abolished

During a Wednesday consultative meeting with National Governing Council, which draws its members from various government ministries, and sectoral committee members, chamber president Richard Ngatia said businesses and households are hard hit by the effects of Covid-19,  and need support by reducing of the cost of doing business.

“High taxes should be revised, and the minimum tax should be abolished,” Ngatia said during the forum which was aimed at deliberating on the current Covid-19 measures in Kenya and their impact to the business community.

There was also dialogue on how to expedite the flattening of the curve.

Ngatia said harassment of businesses because of permits and licences should be addressed with a helpline being established to specifically address business queries during the lockdown, where movement in and out of Nairobi, Kiambu, Nakuru, Kajiado and Machakos( as a zone) have been restricted.

He said said safety net and economic stimulus needs to be extended to worst hit industries, such as entertainment, hospitality, transportation among others.

Ngatia said there is also need for extension of bank moratoriums in place for the better part of last year.

“The stimulus should be equally available to businesses in all counties, in consideration of the county population,” he said, adding, “The chamber should facilitate access to government tenders available as incentives for business recovery.”

There should also be harmonization of all state funds available as incentives, to be accessed from a single platform, Ngatia said.

He  called for intervention in pending tax disputes  between businesses and Kenya Revenue Authority, where about Sh400 billion is contested.

The chamber has called for mass testing to help with early detection of the virus, which will enable early isolation and treatment to curb the spread of the virus.

“GOK should reduce vaccination age and fast track vaccine access to people under 58, who are at higher risk, being the working population and counties with the highest rates of infection,” Ngatia said.

The chamber also wants the government to consider disbursing recovery funds through it, with information on access of resilience funds being available to all businesses through the chamber chapters across the country.