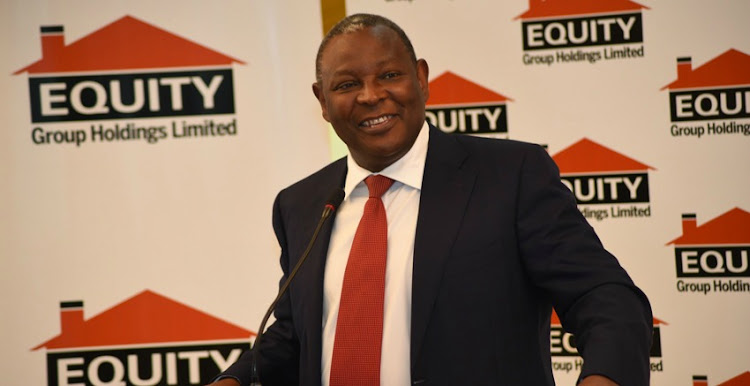 The lender's share at the Nairobi Securities Exchange (NSE) traded  at Sh37.65 by noon compared to Sh41.85 last Friday after it announced a 12 per cent drop in net earnings for the year ended December 31,2020.

Investors at the bank suffered a similar fate in May last year after the bank decided to recall a dividend pay-out of Sh2.50 a share to boots its cash reserve due to the Covid-19 outbreak.

The bank's profits shrunk to Sh20.1 billion compared to Sh22.6 billion the previous year on  high loan loss provision due to Covid-19 economic pressures that made it hard for borrowers to service debt.

Total operating costs grew by 67 per cent to Sh71 billion up from Sh42.5 billion driven by a 496 per cent growth in gross loan provision of Sh26.6 billion up from Sh5.3 billion in the prior year, increasing the cost of risk to 6.1 per cent up from 1.3 per cent the previous year.

It accommodated Sh171 billion of loans for customers whose repayment capacity was adversely  impacted by Covid-19. This represents 32 per cent of the entire gross loan book of Sh530 billion.

At least Sh40 billion  of the restructured loans had resumed repayments and normalised by the end of the financial year under review.

An analysis of the entire Sh171 billion accommodated loans casts concerns on the future viability and quality on Sh9 billion of loans promoting the downgrade of the said doubtful loans to NPL increasing the NPL portfolio to 11 per cent up from 10.4 per cent in September.

He said they drifted from the balance sheet, profits, and numbers and chose to protect customers and  staff.

The bank weathered the Covid-19 disruption to register a 51 per cent growth in its balance sheet with total assets growing to Sh1.015 trillion  up from Sh674 billion the previous year.

According to the bank, the growth was delivered through both organic and merger and acquisition strategies, making it the first  financial institution to cross the Sh1 trillion  rubicon in East and Central Africa.

It edged out KCB Group to become the largest lender in Kenya in terms of asset value.

This was  despite realisation of capital gains on the securities trading of Sh3 billion up from Sh1.1 billion the previous year and 117 per cent growth of mark to market gains to Sh7.4 billion up from Sh3.4billion.

This was as a result of acquisition and merger of BCDC in DRC and increase of 186  per cent to cash and cash equivalent.