Government however says the move was due to high levels of aflatoxins.

•Governments urged to create a conducive environment for the growth of agriculture, regional trade, and investments. 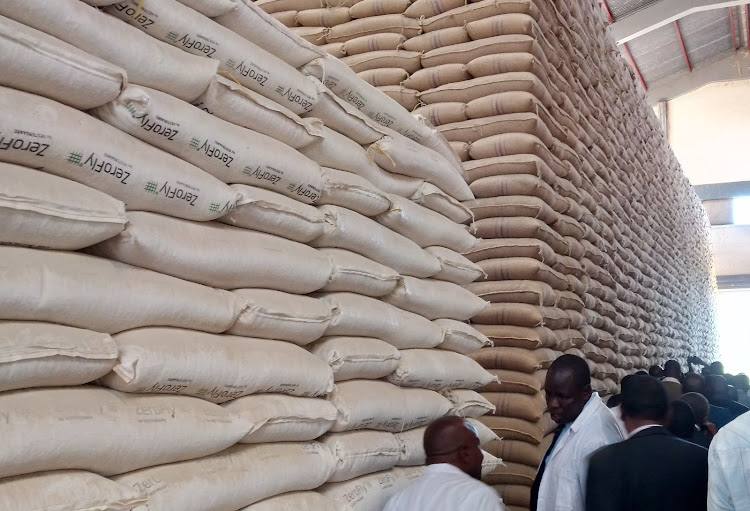 This is in the wake of this month's ban on maize imports from Uganda and Tanzania, which Kenya's Agriculture and Food Authority (AFA) said was unfit for human consumption due to high levels of aflatoxins.

Uganda's Pearl Dairy, which produces Lato milk, had earlier been slapped with an export ban by Kenya, a move that hit the neighbouring country's dairy sector with the firm laying off at least, 1,500 employees.

The bad was imposed after several complaints by Kenyan farmers over the influx of Ugandan milk, which had seen a litre touch a historic low of Sh17.

Kenya confiscated thousands of tonnes of milk from Uganda and consequently stoped imports.

We feel that Kenya is starting to practice protectionism policies without even consulting its own stakeholders and actors in the agriculture sector. We are concerned about the way the ban was implemented, without sufficient consultation especially for the farmers

The country, which is the region's economic powerhouse, has also had previous fall-outs with Tanzania where in September 2018, it hit back at her neighbour by imposing new tariffs on Tanzania products like flour.

This was after the neighbouring country ignored a deal that granted Kenyan-made chocolate, ice cream, biscuits, and sweets unrestricted entry into its market.

Trade tension between Kenya and Uganda however rose this month after AFA, on March 5, banned its maize exports into the country, with Uganda retaliating by discouraging imports from Kenya.

Last week, EAFF led agriculture sector stakeholders including cooperatives, farmers, experts and government officials from the region to discuss challenges and a way forward mainly on the maize and dairy sector, a week-long forum that was held in Nairobi.

“We feel that Kenya is starting to practice protectionism policies without even consulting its own stakeholders and actors in the agriculture sector. We are concerned about the way the ban was implemented, without sufficient consultation especially for the farmers,” EAFF Group CEO Stephen Muchiri said.

He noted that inconsistencies and unpredictability of government policies are affecting the sector and "chasing away" investors from the region.

Muchiri further said trade restrictions are against the East African Community (EAC) treaty, with Tanzania leading the lot on bans that date back to the 1960's, according to the federation.

Uganda is the only key regional market that has no history of banning imports from its neighbours.

“Uganda has never put a ban on anything because we look towards a liberal market. When we had the ban by Kenya, the whole country went helta skelta,” said Consolata Acayo, Commissioner, at Uganda's Ministry of Agriculture, Animal Industry and Fisheries (MAAIF).

She said the move affected a whole chain from the farmers, transporters, traders to consumers, not only in Uganda but also in Kenya, calling for better relations among the EAC partner states.

“As a government, we want to be within the regional integration. We want to work together with other EAC member states. We are not only partners, but we are also friends, brothers and sisters and neighbours. We cannot do without each other. We depend on one another,” she noted.

She called on governments and the private sector to focus on value addition in the agriculture sector, noting that the region exports more of its raw materials and end up buying finished goods and costlier prices.

EAFF President who also doubles up as the President of the Pan Africa Farmers' Organization (PAFO), Elizabeth Nsimadala, urged governments to create a conducive environment for the growth of the agriculture sector, regional trade, and investments.

She also urged farmers to ensure they meet the required standards for food, not only for export but also locally consumed products.

Last Sunday, Kenya's agriculture Cabinet Secretary Peter Munya said nobody had banned the importation of maize into the country, noting that the hiccup was due to the high levels of aflatoxin in maize coming from the two countries.

“You cannot ban trading in East Africa, but we must ensure that standards that are already recognised in our protocols are observed,” he said.

Uganda exports at least 90 per cent of its maize to Kenya with a cumulative average of 330,620 tonnes.

Uganda remains Kenya's biggest trading partner in the region, accounting for 28.6 per cent of her total exports to Africa.

Kenya’s key imports from Uganda include milk and cream, tobacco, cane, electrical energy, and plywood among others.

Exports are mainly palm oil and its fractions, iron or non-alloy steel, petroleum oils and salt among other goods.

Food is an old tool in diplomacy, and considered a source of strength and influence.
Siasa
4 weeks ago

He says they have not banned maize imports, but only want to ensure standards are observed
News
1 month ago

In March 5, 2021, the government stopped importation of maize from Uganda and Tanzania.
News
2 weeks ago
by MARTIN MWITA Business Writer
Kenya
29 March 2021 - 04:00