We are not mismanaging Kenya Airways–MJ

Says progress was being made in turning around the airline until Covid struck.

•On Tuesday, KQ reported a Sh36.57 billion loss for the year 2020, heavily blamed on the pandemic which disrupted intentional and domestic travel.

•Poor management has however been blamed for the airline's years of losses which date back to 2015. 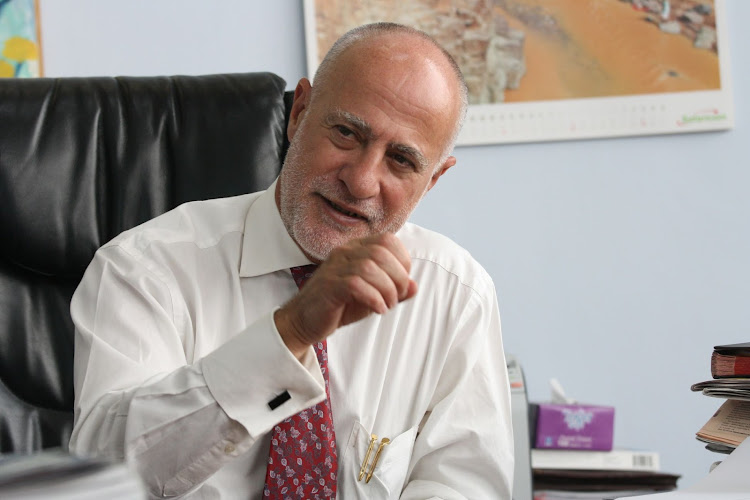 Kenya Airways is not being mismanaged, chairman Michael Joseph has said, but maintained government support is critical to keep the national carrier afloat.

This is in the wake of the Covid-19 pandemic which has hard-hit the aviation industry, projected to recover earliest 2024, according to the International Air Transport Association (IATA).

KQ, as it is known by its international code, reported a Sh36.57 billion loss for the year 2020. Total turnover shrunk by 60 per cent to Sh52 billion

This was heavily blamed on the pandemic which disrupted international and domestic travel which the airline's passenger numbers drop significantly to 1.8 million compared to 5.2 million in 2019.

The airline has been on loss making a streak way before Covid-19, with losses dating back to 2015, when it reported a Sh25.7 billion loss. In 2016, KQ sunk deeper in the red, posting a Sh26.2 billion loss

The year-on-year losses has been blamed on mismanagement and poor investment decisions, which has seen the carrier survive on government bail-outs and debt restructuring by its lenders.

In an interview with Citizen TV on Wednesday night, Michael Joseph dismissed “mismanagement claims”, saying the board and management were making progress in turning around the airline, until Covid struck.

I wont walk away. I think I have a duty to do my best to save the airline for Kenya. It is not easy ,it is really tough but I owe it to the country to try and do my best, and I think it is possible. Kenya Airways is salvageable but we need dedicated attention and support including from the government

He said losses for last year had been projected at Sh6 billion down from the Sh12.9 billion the previous year.

“We had planned to halve the loss through a number of initiatives including increasing our revenues, reducing our costs, streamlining things, introducing new products particularly cargo but Covid added Sh30 billion to that loss,” Joseph said.

He noted the airline incurred losses of up to $2 million (Sh219.6 million) per plane when flights were grounded in March last year.

With a fleet of 36 aircraft which includes nine Boeing 787 Dreamliners, 10-Boeing 737 aircraft, and 17 Embraers, it puts the total losses on aircrafts alone at about Sh7.91 billion last year, as fixed-costs remained high against low revenues.

The Kenya Airline Pilots Association (KALPA) and the Kenya Aviation Workers Union (KAWU) have both maintained that poor management is to blame for the year-in-year-out losses.

The airline has three chief executives at  between 2017 and 2021, with the latest being Allan Kilavuka who took over from former Polish CEO Sebastian Mikosz.

The former president and CEO of LOT Polish Airline, one of the oldest airlines in the world, was hired on May 4, 2017 and exited in December 2019.

His more than 20 years of professional experience in managing private and public firms had been touted as the experience needed to steer KQ out of financial turbulence, but it remained in the red.

He had taken up from former CEO Mbuvi Ngunze who left in May 2017 after two years of a turbulent reign at the airline.

During his stint, Kenya Airways was rocked with strikes by pilots who wanted him and the then chairman Dennis Awori removed, with KALPA then accusing the two of mismanagement.

They both bowed to pressure and quit. Legendary manager Michael Joseph of Safaricom was appointed chairman.

Mbuvi had succeeded Titus Naikuni who left in 2014 after landing the top job in 2003.

Joseph on Wednesday however said management has remains committed in returning the airline to profitability.

“It is quite hurtful to hear all these things about mismanagement. Actually we are not mismanaging if you look at the task-force, employee base and management team, most of them took significant salary cuts of between 50 to 75 per cent salary cuts during this time,” he noted.

He said progress was being made but “unfortunately” the industry was hit by Covid and KQ was not spared.

“You can just say it is out of our hands. It is an unfortunate thing because I believe we were making progress. People can always talk, say about mismanagement thing but it is not justifiable in any form,” Joesph said.

He called on the government to continue supporting the airline, despite having other priorities during this pandemic, noting that KQ remains critical for connectivity which will ensure Nairobi remains a regional hub.

“It is true you cannot always go to government asking for bailouts but Kenya Airways does not only have to survive, but has to thrive to make sure that we make the conditions right for Nairobi to be a business hub for Africa,” Joseph said.

Joseph who is also the chairman of profitable telecommunication company-Safaricom has affirmed his commitment in helping turnaround the airline.

“I wont walk away. I think I have a duty to do my best to save the airline for Kenya. It is not easy , it is really tough but I owe it to the country to try and do my best, and I think it is possible. Kenya Airways is salvageable but we need dedicated attention and support including from the government,” he said.

A fortnight ago, National Treasury CS Ukur Yatani indicated there were considerations for another round of debt restructuring to keep afloat the loss-making national carrier.

The exchequre National Treasury indicated this at a media roundtable Wednesday, adding that it has already injected Sh10 billion into the airline to cushion it from the financial pitfalls caused by Covid-19 disruption.

Last August, the airline, known internationally as KQ said it projects to incur a Covid-19 loss of up to Sh70 billion.

This will be the second restructuring in a span of five years after another one done in 2017
Business
1 month ago
by MARTIN MWITA Business Writer
Kenya
25 March 2021 - 18:00