Kenyans in Qatar to earn at least Sh60,000 under new law 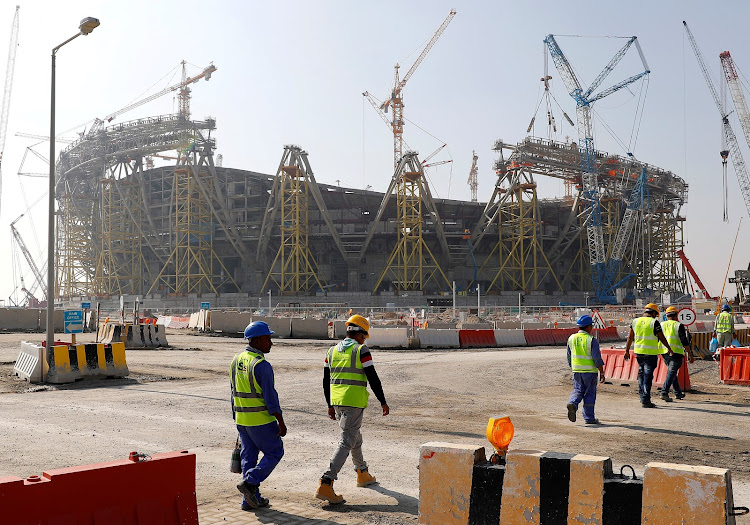 Kenyans working in Qatar will be better paid after the country's non-discriminatory minimum wage took effect on Monday.

According to Qatar's Ministry of Foreign Affairs, Kenya tops in the number of Africans working in the country followed by Nigeria.

The number of Kenyans working in Qatar is estimated at 30,000 to 50,000 or one per cent of the country's population.

The Gulf country is planning to open a labour office in Kenya last year, a move aimed at reducing some of the challenges faced, such as contract substitution, activities of unregistered brokers and cost of recruitment.

Kenyan professionals especially in the hospitality, aviation, medical and education have found safe landing in the Gulf country which will be hosting 2022 World Cup extravaganza.

The legislation adopted last year provided a six-month transition period for employers to prepare for the new minimum thresholds.

In addition to the minimum monthly basic wage of 1,000 Qatari riyals (about Sh30,000), the legislation stipulates that employers must pay allowances of at least QAR 300 and QAR 500 for food and housing respectively if they do not provide workers with these directly.

This means workers in the country will be earning a minimum gross salary of at least Sh60,000.

“This wage increase will also improve the lives of a large number of family members in the workers’ countries of origin who rely on the remittances sent every month,” said Max Tuñón from the ILO Project Office in Qatar.

Qatar has in the past decade joined the list of countries with substantial diaspora remittances to Kenya. Last year, Kenyans working in the country sent back home at least Sh10 billion.

More than 400,000 workers or 20 per cent of the private sector will benefit directly from the new law.

Qatar is the first country in the region region to introduce a nondiscriminatory minimum wage, which is part of a series of historical reforms of the country’s labour laws.

To enforce compliance, the government is enhancing the detection of violations, enacting swifter penalties and further strengthening the capacity of labour inspectors.

The minimum wage legislation was adopted following a comprehensive analysis carried out by the Government of Qatar and the ILO, in consultation with national and international experts and workers and employers from different sectors of the economy.

The legislation also established a Minimum Wage Commission (MWC) that will review the impact and application of the minimum wage, and propose adjustments, in consultation with different government bodies, experts, workers and employers.

This law follows other major reforms, including the dismantling of the kafala or sponsorship system.

In particular, workers are no longer required to obtain an exit permit to leave the country, or a No Objection Certificate (NOC) to change jobs.

The measures are likely to make Qatar a more attractive destination for global talent and investment.

“Some obstacles still must be addressed for more effective labour mobility, but we’ve observed a large number of workers moving to new jobs.

While 75 per cent of the workers who have applied to change jobs have already completed the process, the remainder is currently being processed.

“Companies across all industries have also benefited from being able to recruit workers locally, reducing the costs and risks related to cross-border recruitment”.

Post a comment
WATCH: The latest videos from the Star
by BY VICTOR AMADALA AND EFFIE ATIENO
Kenya
23 March 2021 - 04:00
Read The E-Paper