The Economic Commission for Africa (ECA) also vouched for the extension of the loan suspension period, saying low revenue collection will see most of her members' default. 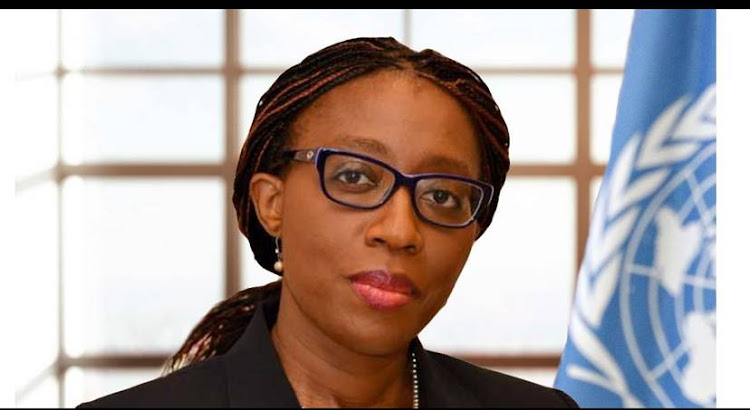 Africa has welcomed the move by the seven richest countries in the world (G7          to support the issuance of new Special Drawing Rights which will help developing countries better respond to the Covid-19 crisis.

Drawing Rights (SDR) allocation to assist vulnerable countries responds adequately to the health and economic crisis triggered by the pandemic.

The committee of experts of the Conference of African Ministers meeting in Addis Ababa, Ethiopia Friday last week also vouched for the extension of the loan suspension period, saying low revenue collection will see most of her members' default.

According to the African economic body, the extension will ensure countries have enough liquidity to respond and kick-start the recovery by freeing up resources to pay for much-need vaccines and improve buffers of low-income countries.

The executive secretary of the Economic Commission for Africa (ECA), Vera Songwe said they are grateful for the leadership shown by the G7 ministers, adding that the support will ensure no country is left behind in the global economic recovery from coronavirus.

She added that liquidity and sustainability facility is another important vehicle to assist African countries to increase liquidity.

“Now we need to work on mechanisms for on-lending so we can stretch the SDRs for countries that need them most,'' Songwe said.

“SDRs allow us to think out of the box and bigger. There is now real momentum for collective action at the IMF and World Bank spring meetings and also for the African Finance Ministers meeting next week organized by ECA,'' Songwe said.

On Saturday, G7 countries agreed to support the first expansion of the International Monetary Fund’s (IMF) reserves since 2009, a step meant to help developing countries cope with the coronavirus pandemic.

The UK – which is chairing the Group of Seven (G7) this year – said finance ministers had agreed to support a “new and sizeable” increase in the volume of Special Drawing Rights (SDRs), an internal currency used by the IMF.

The International Monetary Fund (IMF) was boosted by $650 billion.

The United Kingdom’s Chancellor of the Exchequer, Rishi Sunak termed the addition as a milestone agreement to pave the way for crucial and concerted action to support the world’s low-income countries.

''Additional funding for the IMF PRGT from the SDRs of course is critical for low-income countries. We need to get vaccines to countries and also support the recovery with market access instruments,'' Sunak said.

Last year the IMF said it wanted the allocation of SDRs to rise to the equivalent of $500bn from the $293bn agreed at the time of the last expansion in 2009, just after the global financial crisis.

That expansion was opposed by then-US  President Donald Trump. Last month, the country's Treasury Secretary Janet Yellen said she would like an expansion but wanted greater transparency about how the SDRs would be used and traded.

As part of the SDR discussions, it was agreed that the G7 would work with the IMF to make progress on enhancing transparency and accountability around the usage of SDRs and explore how countries could voluntarily recycle their SDR holdings to further support low-income countries.

The G7 agreed that the IMF should separately work up some options for how this might be done, without delaying an agreement to a new general allocation.

Created by the IMF in 1969, SDRs play an influential role in global finance and help governments protect their financial reserves against global currency fluctuations.

It is also used as the basis of loans from the IMF's crucial crisis-lending facilities with the institution using it to calculate its loans to needy countries and to set the interest rates on the loans.

IMF members regularly need to buy SDRs to discharge their obligations to the IMF or to replenish their SDR holdings.

They may also wish to sell SDRs in order to adjust the composition of their reserves. A participant or prescribed holder may use SDRs freely, without representing a balance of payments need, to obtain an equivalent amount of currency in a transaction by agreement.

Participants may conduct such transactions bilaterally with any participant or prescribed holder.

However, in practice, such transactions are usually made through a market in SDRs coordinated by the IMF through voluntary trading arrangements to buy and sell SDRs with a group of participants and one pre-scribed holder (so-called market makers).

The role of the IMF in transactions by agreement is to act as an intermediary, matching participants in this managed market in a manner that meets, to the greatest extent possible, the requirements and preferences of buyers and sellers of SDRs.