Rise in prices of basic commodities leave many households struggling. 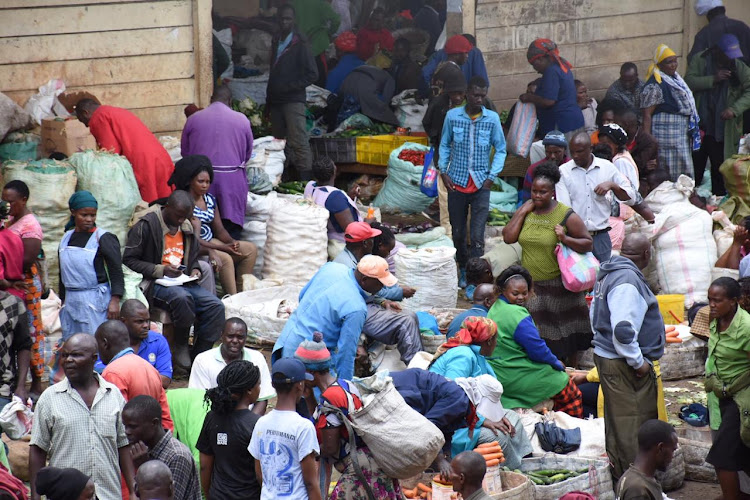 The cost of living in the country is high, many people are living hand to mouth and are asking whether this will end.

Is it part of the new normal? This is the question many others are asking.

The country is in a tight spot occasioned by high fuel prices, increased transport costs and a surge in Covid-19 cases, among other problems.

For Gladys Nanjala, 29, who works as an M-Pesa agent in the Nairobi CBD and lives in Roysambu, the situation is devastating. She is worried about low business due to curfew and the third wave of Covid. She also cites increased fare as another challenge she has to grapple with daily as she commutes.

“I thought 2021 was going to be different from 2020, but it is turning out to be tougher. Fare for my route has hiked from Sh50 to Sh80, then there is increasing infection. Food prices have also started rising. What is the government doing for us?” Nanjala asked.

"How does the government want us to live? I will have to hike the fare I charge to be able to get some profit as the cost of fuel 'imeniweza' (is unbearable).”

Musyoka said even his customers are suffering but he will have to charge more. “For destinations that I used to charge Sh50-70, I will now charge Sh50. For those I charged Sh100, it will shoot to Sh150-200,” he said.

The situation was no different for Mary Wagaki—a teacher and a mother of three. She said she has to drop off and pick up her two children at and from school every day.

“Now that schools are closing, at least my trips using the car will be reduced, but I will still need to use it even though it has become very costly. We really need an intervention,” Wagaki said.

The cost of basic commodities has increased. For instance, a kilogramme of maize flour retailed at Sh53 in April last year. Currently, it ranges from Sh55 to Sh60. An average of four per cent increase has also been reported for food commodities such as cabbage, spinach and cooking fat.

Electricity costs also went up during the month. In February, Kenyans had to pay Sh4678.08 for 200kwh, up from Sh4533.54 in April last year. The increasing cost is mainly due to high fuel costs.

The prices of Super petrol, diesel and kerosene increased by Sh7.63 per litre, Sh5.75 per litre and Sh5.41 per litre respectively in the latest review by the Energy and Petroleum Regulatory Authority.

Meanwhile, Kenyans still have to grapple with the Covid-19 crisis. The country currently has more than 115,030 cases, with a positivity rate of 17.3 per cent. Fatalities stand at 1,925. Kenyans have to continue adhering to health regulations. This even as the vaccination drives continues.