They will be advised soon, transport PS Solomon Kitungu says.

•Industry players and civil society have accused the government of double standards by allowing SGR and airlines to operate on full capacity.

•A spot check by the Star shows some matatus have been flouting Covid-19 rules. 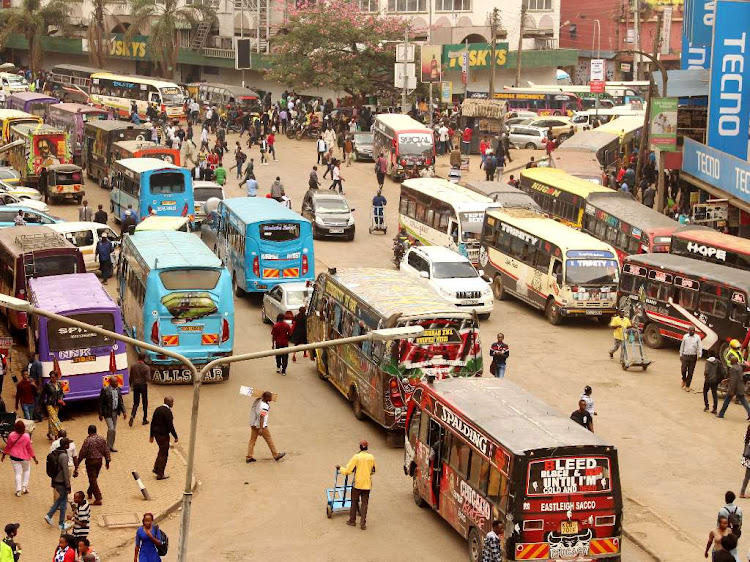 The transport ministry is looking into the concerns raised by PublicService Vehicle (PSV) operators on the continued social distancing measures, according to Principal Secretary Solomon Kitungu.

This follows pressure on the government to lift social distancing in PSV's  which has been in place since March 2020.

Industry players have accused the government of double standards in executing Covid-19 protocols even as they struggle to stay afloat.

While SGR continues to transport passengers at night, bus companies are forced to strictly adhere to the curfew and ensure no movement during the night. Not only is this discriminatory but it also promotes unfair trade practices in a liberalised economy

According to the Matatu Owners Association(MOA), the government has allowed the Standard Gauge Railway(SGR) passenger train and airlines to carry full capacity, while matatus are restricted to half capacity.

“We are drivers of the economy yet we are being discriminated on the social distancing rule,”MOA chairman Simon Kimutai told the Star in a telephone interview.

“While SGR continues to transport passengers at night, bus companies are forced to strictly adhere to the curfew and ensure no movement during the night. Not only is this discriminatory but it also promotes unfair trade practices in a liberalised economy,” Khalid notes.

There has been talks on the social distancing rule in Matatus since October last year, according to PS Kitungu, where the government has held meetings with operators.

"The matter is under active participation. They will be advised very soon,” Kitungu said yesterday.

The transport ministry  defended the SGR and airlines saying the trains' sitting has only been re-arranged, while planes have their own systems to manage the environment within the aircraft.

This is unlike the matatu industry where Covid-19 protocols are being ignored.

A spot check by the Star established that some matatu's plying the Waiyaki Way-CBD, Jogoo Road and Outer Ring Road are flouting the social distancing rule by carrying full capacity.

Sanitising has also been dropped with passengers further ignoring wearing of masks, which is strict in airlines and SGR.

This mainly happens when traffic police officers are overwhelmed during peak hours or not well placed on the roads during off-peak.

Operators in other small towns across the country are also not observing the protocols.

A 2018 survey by Deloitte found that 70 per cent of Nairobi's population, the country's economic nerve, is dependent on the matatu industry to move around.

Industry insiders are putting monthly losses in the PSV industry at an estimated at Sh15 billion.

This is on the more than 60,000 matatus and buses operating countrywide on a normal day, each raking in an average Sh15,000, according to the Matatu Owners Association(MOA).

It puts the industry’s gross earnings at more than Sh1.05 billion a day, translating into more than Sh30 billion a month, when business is normal.

Daily earnings can however go down to as little as Sh5,000, according to Stephen Kariuki, a driver plying the Kahawa West–Nairobi Central Business District route.

Those with a capacity of 30 persons are allowed to utilise 60 per cent of their space.