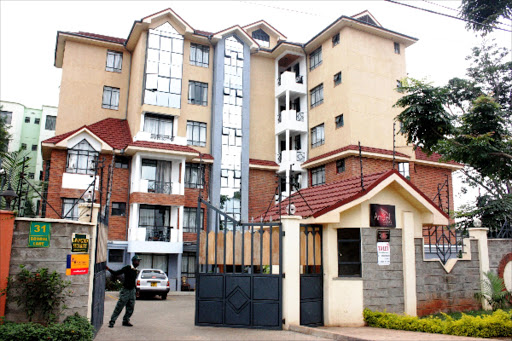 An Apartment in Westlands.
Image: FILE

House prices are on the rise after a long period of subdued prices , a new survey by the Kenya Bankers Association(KBA) shows.

According to the KBA - House Price Index , prices rose by 0.22 per cent in quarter four of 2020,  from a 0.08 percent contraction in the previous quarter.

“The uptick in the House Price Index signals stabilising market prices, which largely reflect an outcome of the demand and supply dynamics in the market,” the index says.

On the supply side, housing remains largely fixed, with adjustment to meet demand being gradual rather than immediate.

“Unlike in previous quarters where variation in house prices was mainly driven by structural factors, particularly the size of the plinth area, house prices in the fourth quarter of 2020 were largely driven by regional differences,” KBA Chief Executive Officer Habil Olaka said.

He said this is an indication that location is now playing a pivotal role.

Unlike in previous quarters where variation in house prices was mainly driven by structural factors, house prices in the fourth quarter of 2020 were largely driven by regional differences, an indication that location is now playing a pivotal role

With depressed credit to the construction and real estate sector, an under-supply of new units has triggered the rise with most sales in the period being on the already completed units from the previous periods.

The rise in prices was also  compounded by homeowners’ preferences for newer buildings.

KBA Research and Policy Director, Samuel Tiriongo, indicated that while house prices rose faster with an increase in the area, number of bedrooms, number of floors, they remained relatively lower for older units.

On transactions by house type across all the regions, the total units sold in the quarter rose by more than five times to 314 from 57 in quarter three of 2020.

This was mainly reflected in an increase in transactions on apartments and maisonettes that rose nine times and four times, respectively.

Across the regions, housing transactions were predominant in Regions 1 and 2 compared to Region 3, indicating buyers preferences andaffordability characteristics.

The number of transactions on bungalows remained largely unchanged over the period.

Out of all the transactions, apartments accounted for 71 per cent and maisonettes took up 23 per cent, as bungalows reflected much lower activity (4 per cent).

The distribution of transactions by house type across the regions was also uneven.