It should ensure adequate funding for stalled projects, Budget and Appropriations Committee says.

•The government has in recent times lost of Sh72.5 billion in 545 stalled projects, valued at Sh365.9 billion.

•The committee further says ministerial expenditure should be limited to not more than Sh1.307 trillion for recurrent, and Sh658.9 billion for development. 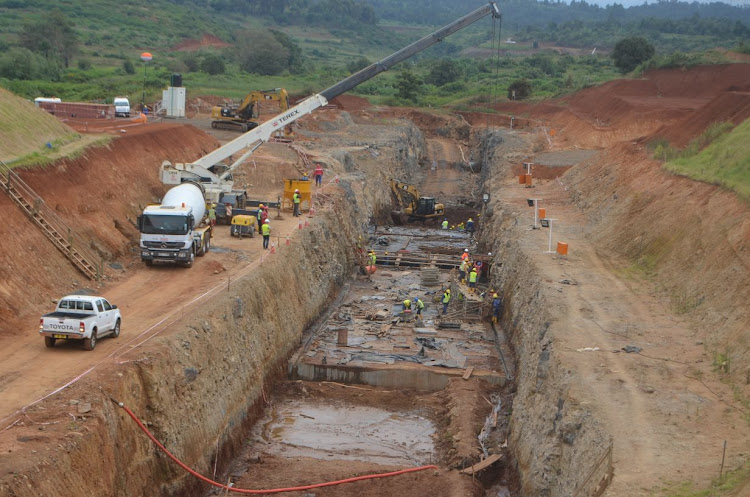 Parliament wants The National Treasury to deferment of new government projects by one financial year, as Cabinet Secretary Ukur Yatani puts together the 2021/22 budget.

The Budget and Appropriations Committee instead wants the exchequer to ensure adequate funding for stalled projects. This is contained in its report on the Budget Policy Statement (BPS) for the next financial year starting July 1.

The government is currently grappling with a loss of Sh72.5 billion in 545 stalled projects, valued at Sh365.9 billion.

“The committee recommends that National Treasury reviews the compendium of government projects and considers deferment of new projects, while ensuring adequate counterpart funding and provision of funds for stalled projects before finalisation of the budget estimates,” the Committee says.

The committee chaired by Kieni MP Kanini Kega further wants a ceiling on ministerial expenditure for programmes in 2020/21, saying this should be limited to not more than Sh1.307 trillion for recurrent, and Sh658.9 billion for development.

In his BPS, presented to the National Assembly on February 14, 2021,Yatani  proposed a Sh2.968 trillion budget for the next financial year, about Sh90 billion more than the current financial year's Sh2.8 trillion, which comes with an increase in recurrent expenditure and a cut on development.

Yatani has proposed an overall recurrent expenditure of Sh1.975 trillion (15.8 per cent of GDP) from Sh1.776 trillion.

Development spending is on the other hand expected to reduce to Sh611 billion from Sh678.5 billion in the current financial year.

This is despite the tax body struggling to hit its target in previous financial year's, with the current one proving to be an uphill task due to the pandemic.

The deficit will be financed by debt where the government plans to borrow slightly above Sh1 trillion with Sh572.7 billion to be sourced locally while foreign borrowing is pegged at Sh427.5 billion.

The 27-member committee in its feedback on the BPS says revenues should not be less than Sh2.034 trillion, with the ordinary revenue target (to be collected by KRA), proposed at Sh1.8 trillion.

The renewed call for deferment on new projects comes almost two and a half years since Preident Uhuru Kenyatta issued a directive freezing new development projects, in July 2018, until ongoing ones are completed.

The directive was aimed at stopping wastage of resources and the habit of government agencies abandoning incomplete projects and jumping onto others, according to the President.

"There will be no new projects that will be embarked on until you complete those that are ongoing," Uhuru had told government accounting officers including Principal Secretaries, Parastatal Heads, Vice Chancellors of Public Universities and Chairpersons of State Corporations.

In February this year, Yatani said Treasury will not clear funding of mega projects that do not meet feasibility requirements.

He is counting on the Public Investment Management Unit at the National Treasury to lock out such projects.

The unit is responsible for ensuring that all capital projects are planned, appraised and evaluated before funds are finally committed in the budget.

The exchequer has year-on-year noted low absorption of funds allocated to a number of major projects , where some either turn into white elephant projects or overshoot their completion time-lines.

According to Treasury, the average deviation of total expenditure and net lending between financial year 2017/18 and 2020/21 was an under spending of Sh127.7 billion.

This shortfall was mainly due to lower absorption in development expenditures of Sh70billion.

“The lower-than-projected spending on development expenditure poses a risk to the fiscal programme, going forward,”Yatani said.

Some of the stalled projects are heavily inclined towards the Big Four — healthcare, food security, manufacturing and housing, with their stalling threatening Uhuru's much sought legacy by end of 2022.

Most affected are irrigation projects where 193 stalled in a Sh5.5 billion budget.

Development of Sh43.8 billion worth of projects at the Sports Ministry had also stalled  despite the contractors and initial works taking up Sh3.8 billion.

Twenty five stalled projects at 13 universities in the country have taken up Sh2.7 billion in a development budget of Sh6.1 billion, among other projects in different sectors.

Meanwhile, Yatani is hopeful for a strong economic bounce-back even as focuses next financial year's budget on drivers and enablers of President Uhuru Kenyatta's “Big Four Agenda”.

Dubbed 'Building back better days: Strategy for resilient and sustainable economic recovery', the budget is also drafted with hopes of a post-Covid recovery,  with Treasury projecting a  6.4 per cent growth this year, from 0.6 per cent in 2020 when Covid hard-hit the economy.

This is up from the current financial year's Sh2.8 trillion budget.
Business
2 months ago
by MARTIN MWITA Business Writer
Kenya
09 March 2021 - 04:00