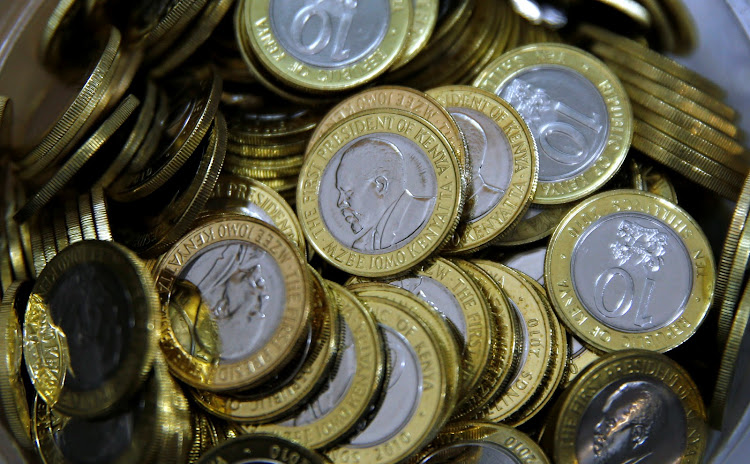 The Kenya shilling has been on a depreciating streak for the past one week, hitting a low of 109.97 Monday, worsening the high cost of living in the country.

The country's overall inflation grew to 5.8 percent in February compared to 5.7 per cent in January on account of increased food prices.

According to the Kenya National Bureau of Standards (KNBS), the higher cost of living was driven by month-on-month food and non-alcoholic drinks index, which increased by 100 basis points between January and February.

The increased pressure in consumer prices is attributable to greater fuel and food costs in the period.

The country's import dependent economy always feels pressure if there is a sudden rise in cost of various imported goods.

The increase on all fuel prices two weeks ago has for instance resulted in higher energy and transport costs with the respective indexes rising by 0.43 and 2.33 per cent.

According to the latest CBK weekly bulletin, the shilling remained stable against major international and regional currencies during the week ending February 25. 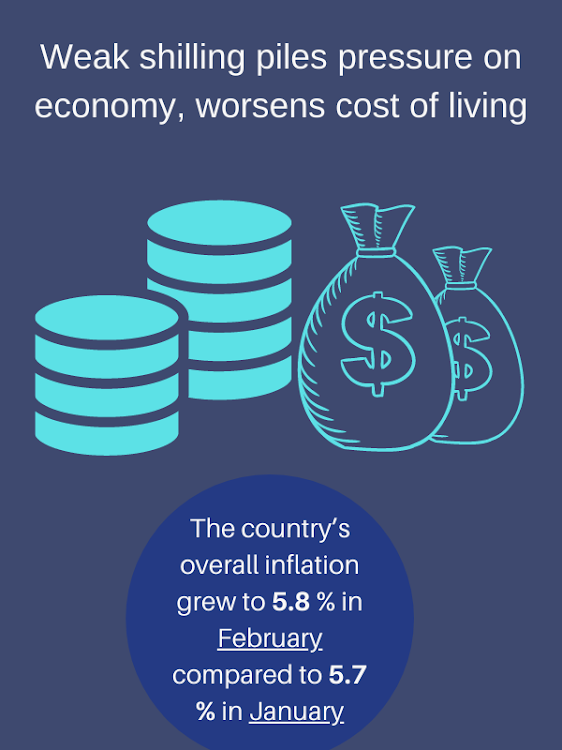 On February 25, Reuters reported Kenya's shilling was little changed , though end-of-month dollar demand across all sectors was expected to create weakening pressure.

Meanwhile, the food index increased by 1.01 per cent with increases in the cost of commodities such as cabbages, spinach and cooking fat outweighing decreases in items including maize grain.

During the same period, the housing, water, electricity, gas, and other fuels’ index increased by 0.43 percent between January and February 2021.

“The change was mainly due to an increase in the price of kerosene by 6.02 percent between January and February 2021,” said KNBS director general Macdonald Obudho.

At the same time, the transport index decreased by 2.33 per cent mainly due to a rise in the pump prices of diesel and petrol by 5.66 and 7.57 respectively.

February's inflation is the highest rate since April last year when inflation stood at 6.01 per cent, an analysis of KNBS Data shows.

A suppressed demand for electricity by large consumers and depreciation of the Kenya shilling against major currencies led to a steep drop in Kenya Power’s half-year’s earning.

The shilling in 2020 opened the year well against major international currencies, consolidating its gains with hopes it would strengthen past 100 units against the US dollar in February.

However, in March, coronavirus struck and the acceleration stopped, things went south.

Until early December, the shilling was threatening to close the year at 115  against the US dollar, having shed almost nine per cent since March.

It crossed under the 110 mark early January 2021, mostly on low demand by importers as children opened schools and businesses resuming from the Christmas break.